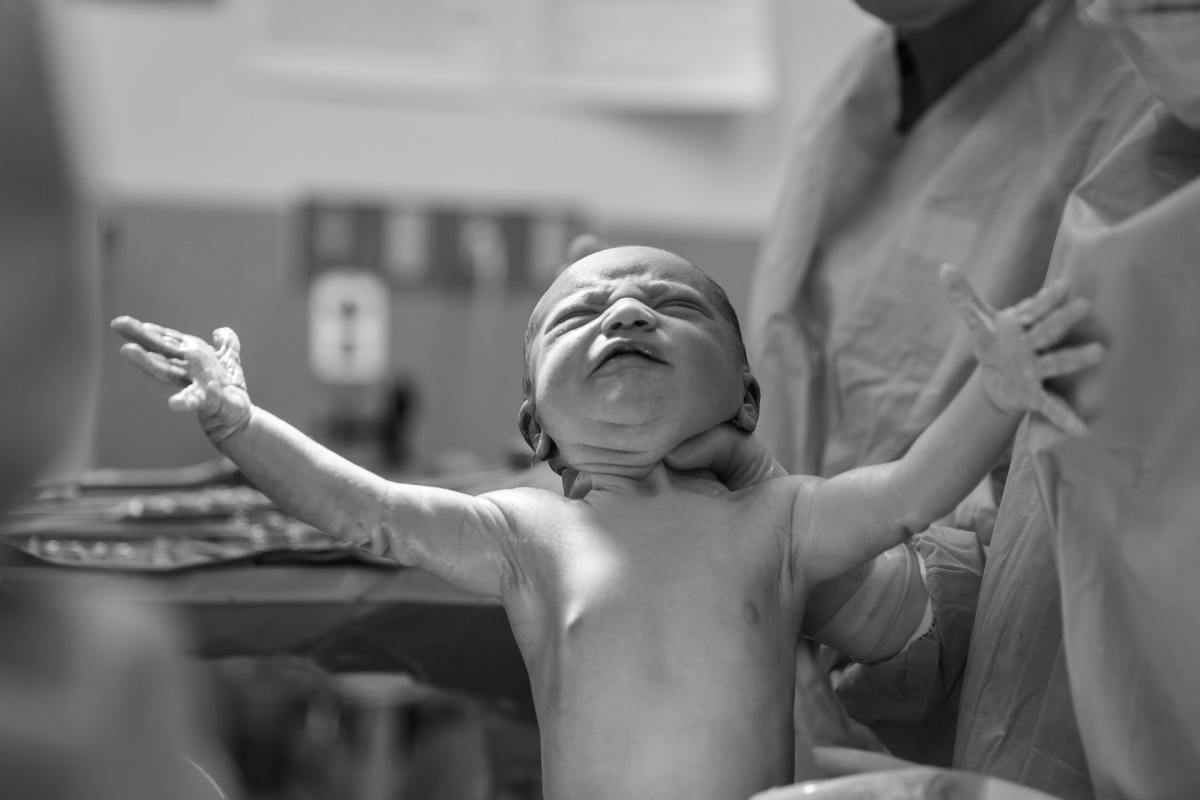 Abortion: why does the court use religious belief?

They like to point out that Thomas Paine and Benjamin Franklin were notoriously atheists, Jefferson and dozens of other founding generation figures were deists (a close cousin of atheists and certainly not Christians), and that in two different places the Constitution explicitly rejects interference of religion with government or vice-versa.

But it’s time to talk about religion whether we like it or not, because it’s not knocking on our door anymore: Sam Alito has just sent it into the house with a no-knock warrant and stun grenades threatening to catch fire.

The first is that the Supreme Court does not have to recognize a “right” that is not rooted in the “history and tradition” of the nation.

This right-wing duck has been around for years and has been used to argue against almost every form of modernity, from integrated public schools to same-sex marriage, more recently. It’s a handy pole around which you can twist just about any argument you want, because American history and tradition have been all over the map for the past 240 or so years.

For example, Alito might as well have pointed out that there were no federal or state laws regulating abortion when our republic was founded, and they didn’t really start appearing until the 1800s. , as doctors pushed for a license to lock midwives out of medical practice related to childbirth (which included abortion).

The year Virginia got a law regulating abortion, for example, was the same year – 1847 – that the American Medical Association was founded. Ben Franklin had been dead for over half a century and not a single signer of the Declaration of Independence was still alive.

So much for the “history and tradition” of Alito at the beginning of the republic and at the time when the Constitution was drafted.

The first anti-abortion law in Mississippi — the state whose lawsuit prompted this decision — was signed into law in 1839. George Washington had breathed his last 40 years earlier.

The first state to win an anti-abortion law was Massachusetts — the state so overwhelmed by Puritan religious fanatics that the founders nearly rejected them for admission to the union — in 1812.

It was so bad that Ben Franklin fled Massachusetts for Philadelphia in 1723 at the age of 17 specifically, as he noted at length in his autobiography, to get away from the religious fanatics who ruled the state.

Which brings us to Alito’s second position and the crux of the matter: religion.

Alito’s main point about “unborn human beings” (a phrase he repeats over and over again in his ruling) simply represents one point on a wide range of religious beliefs.

He’s disguised it as law, with a healthy dose of pseudoscience grumbling about fingernails and thrown heartbeats, but it’s really about Alito’s religious belief that ‘human life’ begins at conception. .

When a zygote, embryo or even fetus be recognized as a human being? At fertilization? On acceleration? To viability? At birth? All have been both legal and religious norms at various times and places in our history.

Science might suggest that humanity begins when a baby is born or delivered by caesarean section: at that point it acquires independent agency, is its own “me”. Before that, the nascent life is part of the mother; the fetus is an appendage of her body, after all, and entirely dependent on her for blood supply, oxygen, and nutrition. If she dies, he dies.

Morality might argue that human rights of some sort should arise at the time of viability, when a fetus can survive as a baby outside the womb if forced to; it was the basis of the original Roe vs. Wade decision. But morality, like religion, varies from time to time, country to country, culture to culture.

Some religious people hold, for example, that human life begins the moment their God decides that a baby should be born, even before fertilization. God informs the couple of this moment making them excited and ready for sex, so birth control devices that prevent the predetermined outcome of pregnancy are prohibited.

Other religions throughout history have recognized that life begins with the first breath, as implicit in Genesis 2.7 and 7.21-22.

In between are a plethora of decision points which are effectively the question “when does a soul inhabit a human body” framed as a law. Does “human” life begin “intentionally” when a couple prepares to have sex without contraception? At six weeks, when a bundle of cells that will become a heart starts shaking? When is a real heartbeat detectable? To “acceleration” when fetal movement is detectable? At birth?

As recently as the 1960s, theologians were vigorously debate this issue in the pages of Christianity today and Christian Life magazines. There was no consensus, and (aside from single religions) there never was.

“Assuming that life begins at conception (thus giving states unlimited latitude to ban abortion), Alito and his right-wing colleagues would impose a faith-based regime, undoing half a century of legal and social change. “

The vast majority of politicians who loudly proclaim the “sacredness of human life” at the “pre-born” or “unborn” stage also oppose every child having food, shelter, education and adequate medical care.

Seriously, if these people cared one bit about “innocent children,” they would stop the school shootings by getting guns under control in this country. But they don’t. It’s just a lot easier to “love” a fetus that’s unresponsive, doesn’t need health care or education, and doesn’t have any special immigration status. Once he’s born, all bets are off.

This simple reality pretty much proves the cynicism of Alito’s charge that the state must be able to intervene with the force of guns and prison bars to “protect” a zygote or fetus. It is all the art of religious performance, with women as victims.

“There is ample evidence that the passage of [anti-abortion] laws,” writes Alito, “stimulated by the sincere belief that abortion kills a human being.

Yes, it is a belief. Period.

Tragically, this is not the first time that fundamentalists in this Court have used the religious beliefs of its majority to alter what should be secular law.

Last year in Tandon vs. Newsomthe same five judges again went too far even for John Roberts, decision 5-4 that a person’s religion was the basis for refusing to accept Covid lockdowns. The previous year, they reigned in Roman Catholic Diocese of Brooklyn c.Cume that churches could ignore public health orders and subject their parishioners to fatal disease because of the personal beliefs of church leaders.

The Court has accelerated down this long and dangerous road with Burwell v. Hobby Lobby that allowed employers to violate federal labor law regarding insurance coverage because of their religious beliefs, even when those beliefs were not shared by the employees who were directly affected by their decisions.

And with Masterpiece Cakethe Court even ruled that companies can discriminate against their customers based on the business owners’ religious belief that homosexuals are hated by God.

Now, “religious people” are free to claim a wide variety of exceptions to US law, terms of employment, and even common decency simply by shouting, “I believe! »

Under Roe v Wade, people who thought abortion was wrong were free not to get one. They didn’t even have to park in an abortion clinic parking lot.

Under this Dobbs draft decision, however, women’s bodies legally became state property, presumably from the moment of sexual intercourse.

If a woman is using or abusing drugs or alcohol, for example, even though she doesn’t know she’s pregnant, you can easily see where that logic could lead to her being charged with a crime and imprisoned. Exotic diets, fasting, experimentation with psychedelics, extreme exercise: anything could lead a zealous prosecutor armed with this decision to a charge of endangering children.

Will Mike Pence’s menstruation registry be revived so women can be tracked to identify abortions? Will the government require women to collect and preserve the remains of miscarriages for burial at a licensed funeral home, as Pence tried to enact when he was governor of Indiana?

Alito’s decision is an open attack on the right to bodily autonomythe right to make their own medical decisions and the right to Choose to have or not to have children.

And it’s all based on his personal religious belief – shared with four fundamentalist colleagues and now about to be imposed on us – that human life legally begins when a sperm meets an egg.

Law in the United States should be based on age-old consensus and the latest science; it should not become a waving flag of the majority religious perspective represented on the Supreme Court at any given time.

Every member of this Court who appears to have decided to ban abortion was nominated to the Court by a President who did not obtain a majority of votes and was confirmed by a group of senators representing well under half of the Americans.

Their court appearance was orchestrated by wealthy right-wingers who proudly proclaim their belief that America should be run along religious lines.

Only an informed, politically active majority in America can right this wrong and establish majority rule in the world’s largest democracy.

This summer and fall, the voter registration window will close in some states: make sure your registration hasn’t been purged and everyone you know is ready to go to the polls in November.

This article was produced by Economy for alla project of the Independent Media Institute.

Life begins at conception is a religious belief, not a fact