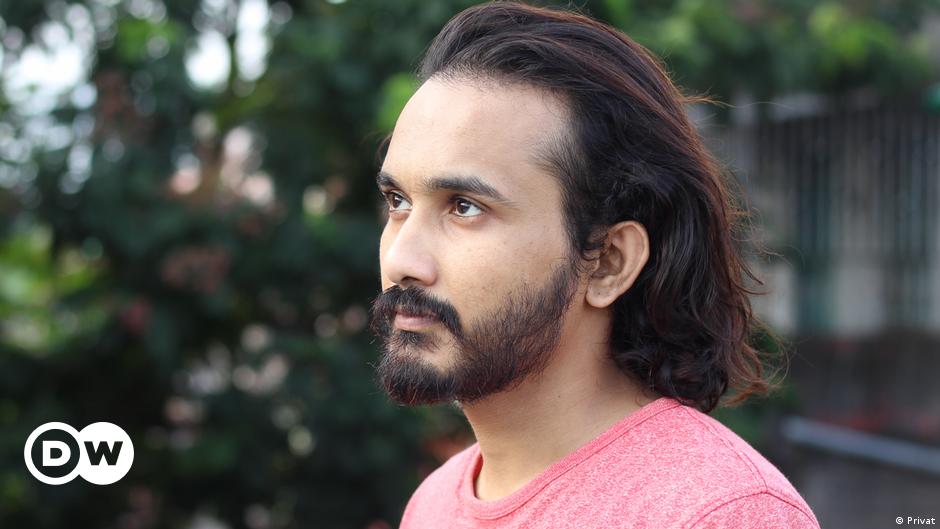 Asad Noor, an outspoken Bangladeshi blogger, has faced threats and intimidation from state and non-state actors for supporting minorities and criticizing Islamic fundamentalism.

The atheist blogger illegally crossed the border between Bangladesh and India on February 14, 2019, with the help of an agent after intelligence agents confiscated his passport. Since then, he has lived in India.

â€œIn my YouTube and Facebook videos, I criticized Islam and the Prophet Mohammad, referring to the Quran and the hadiths. At the same time, I criticize political Islam. This is why the Islamists are angry with me, â€Noor told DW.

“The local police frequently search our house (in Bangladesh) to try to arrest meâ€¦ my family has paid the price for my activism,” he added.

Suspected attack on a monastery

In July, Noor published several video blogs to protest the persecution of the Bangladesh Buddhist minority community in Rangunia, a city in the southeast of the country.

A local leader of the ruling Awami League (AL) party sued the blogger in July 2020 under the digital security law, accusing him of “harming religious sentiments” and “propaganda against the spirit of the war of liberation “.

One of Noor’s video blogs featured the apparent vandalism of a Buddhist statue under construction at a Buddhist monastery in Rangunia. Noor claimed the attackers were supported by forestry officials and the local AL party deputy because they wanted to expel the monks from the area.

After Noor’s posted his videos, local Islamist groups protested the blogger and accused him of harming religious harmony between Muslims and Buddhists.

Police raided Noor’s family home in Rangunia and allegedly harassed his family members while he was in India. â€œEarly on the morning of July 18, the police forcibly took away my parents and four other family members and illegally detained them for nearly 48 hours,â€ Noor said.

“Nothing to do with religion”

The Buddhist monastery and an AL leader both claim ownership of the disputed land in Rangunia.

Abu Jafar, a former official in the disputed area, told DW that the land belongs to the government and “has nothing to do with religion”.

â€œThe Buddhist monastery was built two years ago without any government permission. Some local political leaders are also using parts of the area without any permission, â€he said.

Noor said he wanted to support the minority Buddhist community in the area and “save Rangunia from another Ramu incident”. He referred to the September 2012 attack on a Buddhist community in the town of Ramu, in the south-east of the country. A mob of Islamic fundamentalists vandalized at least four temples and torched dozens of homes after a photo was posted online that they considered defamatory of Islam.

Life on the run

Noor’s stance against religious fundamentalists in Bangladesh has sparked many protests in the past.

Hefazat-e-Islam, a radical Islamist group in the country, called for the blogger’s arrest and the death penalty for blasphemy.

Noor was first detained in December 2017 while attempting to travel abroad after an Islamic religious clergy sued him for creating and posting on social media content that “harmed people. religious feelings “. He was then released on bail in August 2018, to be detained again a month later by the military intelligence agency.

The blogger was finally released in mid-January 2019 and decided to leave Bangladesh and continue his online activism. Now in India, Noor still receives frequent death threats from fundamentalists.

He said some bloggers criticizing religious fundamentalism in the past had been murdered by religious fanatics.

â€œAlthough the serial killings of bloggers have stopped, that does not mean that Bangladesh has become a haven for bloggers. No one can guarantee that it will not happen again,â€ Noor said.

Picked up in India

After living in India for over 3 months, Noor was arrested on May 19 and held in prison for six months. He awaits his release on bail and hopes that his appearance in court will be postponed “at the end of the pandemic crisis”.

“My fate could be decided then,” he said.

Paris-based rights organization Reporters Without Borders (RSF) urged the Bangladeshi authorities to immediately withdraw all charges against Noor and return his passport. The organization ranked Bangladesh 150th out of 180 countries in its 2020 World Press Freedom Index.

Human rights NGO Amnesty International issued a statement on July 21 urging the Bangladeshi authorities to “end the harassment and intimidation of Asad Noor’s parents, who have been targeted because of the their son’s activism for human rights â€.

He added that “human rights defenders must be able to carry out their important work freely and without fear”.