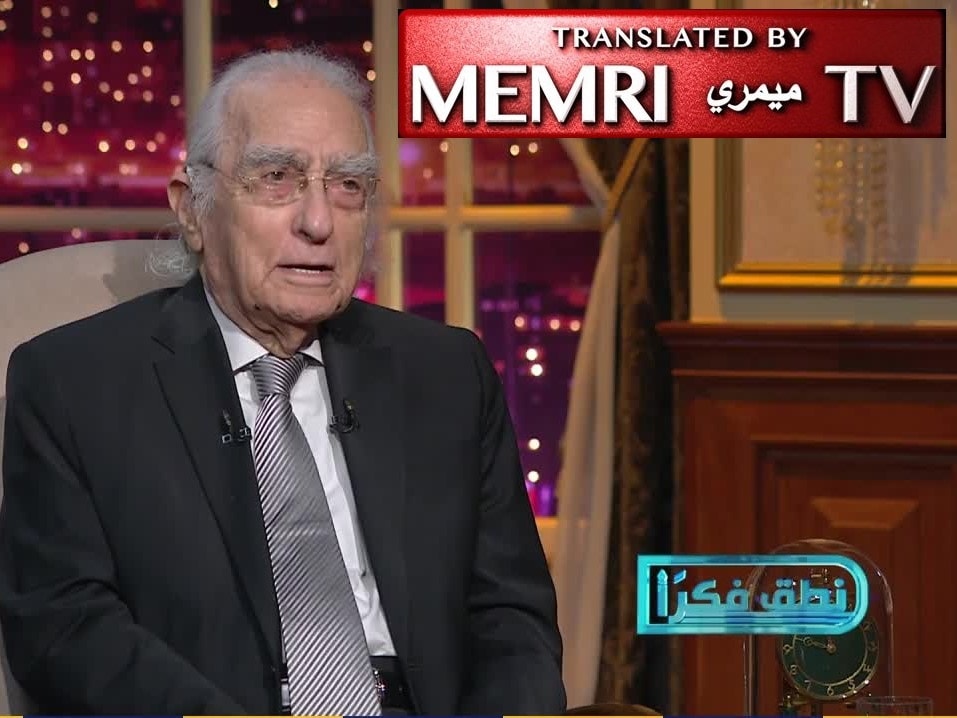 Egyptian philosopher Mourad Wahba said in an October 29, 2019 interview with Ten TV (Egypt) that religious fundamentalism has spread rapidly in the Middle East, Africa and Asia because these regions lack secular movements. He said fundamentalism must be criticized in order to create an environment in which a new movement can grow, and he criticized those who fight terrorism without simultaneously fighting religious fundamentalism. In another interview on November 5, Wahba said that the Egypt-Israel peace agreement requires that all relations be normalized, but that Egyptians’ difficulty with what constitutes normalization is an indication that they do not want to normalize relations at all. Arguing that the Egyptians must respect the agreement they signed, he said that the grudges of the Egyptians against Israel were only valid arguments against normalization before the signing of the peace agreement.

Ten television interviewer: “Why has religious fundamentalism flourished in the Middle East more than in other parts of the world?

“Fundamentalism has broken the world and destroyed the state. That is why it must be criticized. When it is criticized, an environment is created for discourse on a new movement. This new movement needs, first and above all, of a clear ideology. allow it to develop into a movement, there is currently no movement [in the region]. However, there is a secular ideology that tries to transform itself into a movement to replace movements of religious fundamentalism. So far, no one has targeted religious fundamentalism at its core. We ignore it and just fight terrorism. But it is an illusion. Anyone who says he is fighting terrorism must also say that he is also fighting religious fundamentalism. If you reject this part and just fight terrorism, it doesn’t make sense and you won’t get anything…”

Ten television interviewer: “That’s what the country is trying to do with the renewal of religious discourse.”

Mourad Wahba: “Exactly! They run away. Those who work for the renewal of religious discourse run away from criticism of religious fundamentalism. They focus on [fighting] terrorism. They use general slogans like: “We oppose terrorism!” They have no religion! It is we who have the religion!’ These are all empty words. You have to define exactly who the enemy is.

“A peace agreement was signed in 1979 between Egypt and Israel. The third clause of the third article of the agreement says that all relations will be normalized. But, of course, we started to be picky about what is “normalization”. It means that we refuse to normalize cultural relations [with Israel].

“Universities in Israel are like universities in Egypt or England. They are open [to others] because knowledge knows no geographical boundaries.”

Ten television interviewer: “Yes, but even you said the matter is sensitive because of the past.”

Mourad Wahba: “There are vestiges of the past, yes…”

Mourad Wahba: “It was only a valid argument before the signing of the peace agreement.