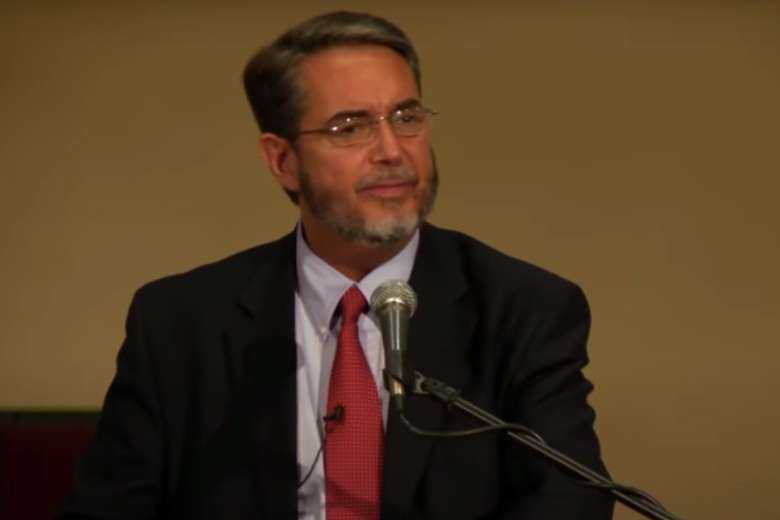 Exploring Catholic “fundamentalism” with a look at the old Presbyterian

Looking for basic information about this book (publisher and price), I found it on Amazon. Then I noticed that there were already more than a few reader reviews on the book.

Hahn is a former Presbyterian Bible scholar turned Catholic, and he teaches biblical theology at Franciscan University in Steubenville, where he has taught since 1990.

Martin teaches in the Department of Religious Studies at Viterbo University in La Crosse, Wisconsin. He organized his book, based on his doctoral dissertation, into four chapters.

The first is a biography of Scott Hahn and his wife Kimberly Hahn, including an account of Scott Hahn’s decision to become a Catholic while pursuing doctoral studies at Marquette University. Among other topics, Martin includes a look at several of Hahn’s many writings that reveal his theological style.

Martin’s second chapter focuses on Hahn’s book “The Lamb’s Supper”, which Martin says reveals Hahn’s exegetical style, that is, his approach to interpreting scripture. It also illustrates Hahn’s beliefs about what constitutes authentic Catholic worship and how Hahn “recognizes the Mass and the Book of Revelation (from the New Testament) as lenses through which to see himself”.

Chapter 3 of Martin’s book focuses more deeply on what he sees as Hahn’s approach to exegesis which, he writes, is heavily influenced by the work of retired Pope Benedict XVI.

Martin states that Hahn, in his book “Covenant and Communion”, tries to build a case to support his view that “inerrantism has always been part of the Catholic tradition”, the key word here being “always”, which readers may rightly doubt. . Finally, Martin discusses the faithfulness with which Hahn follows the theology of Pope Benedict XVI.

Martin’s fourth and final chapter is titled “The Foundations of a Truly Catholic America.” Here, Martin discusses Hahn’s plan “for a Catholic reform of American society and culture”. Martin writes that for Hahn, the key to restoring American society is a return to the sacrament of marriage.

Although it is not clear from his book, Martin’s title, “American Pope”, is apparently a reference to Scott Hahn himself, or at least a reference to the number of Hahn’s followers who tend to regard him as an authority from which to gather truly and authentically Catholic information and perspectives.

However, those who have reservations about their own ability to be infallible, even in matters of faith and morals, may come to other conclusions.