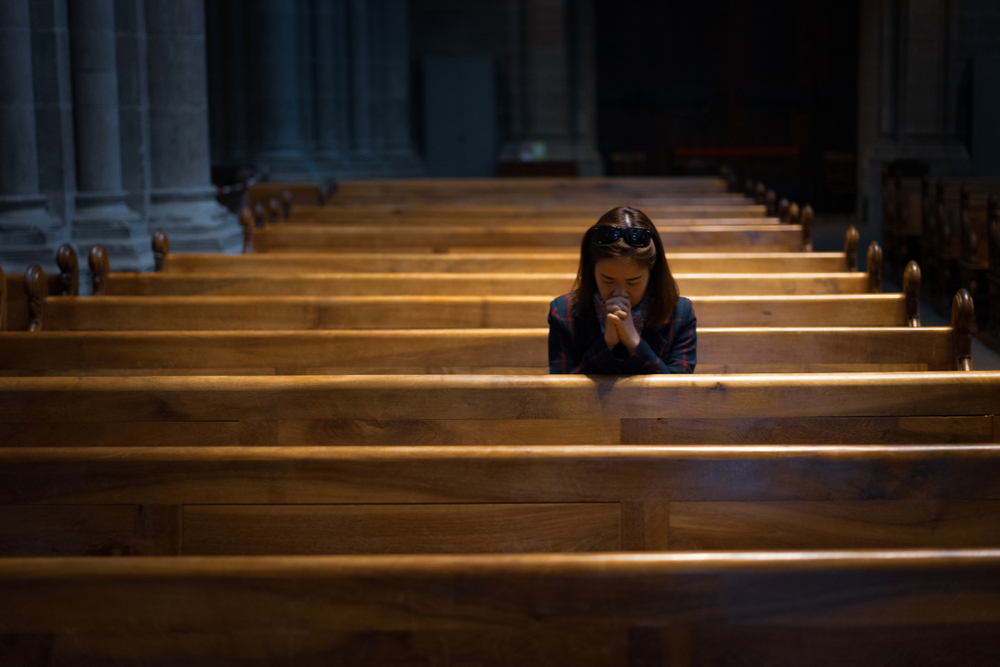 November 9 was the anniversary of the day the Berlin Wall began to fall. It was also the anniversary of the start of Kristallnacht, the Nazi pogroms against the Jews of Germany that took place in November 1938. This makes it an appropriate time for an audit of the progress, or lack thereof, in the protection of human rights in the world.

The United Nations Declaration of Human Rights (UNDHR) is our best way to define the simple demands of human dignity. But article 18 of the Declaration – the right to freedom of religious belief – is now violated globally.

British foreign policy has been equivocal in the promotion of rights. There was a highlight when Robin Cook was at the Foreign Office (FCO), but even his proposal for an â€œethical dimensionâ€ to foreign policy was ridiculed. The low point has been the loss, under austerity, of a staff dedicated to human rights. Even lower has been Britain’s recent refusal to grant asylum to Asia Bibi, released from prison on false blasphemy charges in Pakistan.

In December 2018, Jeremy Hunt, Boris Johnson’s successor as foreign minister, asked the new bishop of Truro, Philip Mounstephen, former head of the Church Mission Society, to review the persecution of Christians in key countries of the world. He also urged him to analyze the FCO’s response to their plight and recommend a “coherent and comprehensive policy” against their persecution. It was a surprising announcement, as freedom of religious belief, let alone Christianity, had not been a priority in human rights work in the UK.

The Foreign Ministry’s neglect of religious persecution stems from at least two main causes. First, for the past two decades, the FCO has battled climate change, religious extremism, human trafficking, Brexit, Putin and Trump, to name a few. Second and most importantly, Britain has become a more openly secular country.

British officials are following government guidelines, yet diplomats have done nothing but lip service to promote religious freedom. A minority enjoyed contact with religious leaders and did their best to help people persecuted for their faith. And yet, the outcome of political directives seems to have depended primarily on the belief – or prejudice – of individual diplomats and officials. All embassies and high commissions received an FCO toolkit on freedom of religion, but a survey of diplomatic staff found that only 63% said they had implemented the provisions of the toolkit. Interviews with religious leaders and communities show that only a small minority of embassies and high commissions, mainly in the Middle East and North Africa, are active in providing effective aid to persecuted Christians.

The Bishop of Truro’s report, focusing on the persecution of Christians in the context of freedom of all religions, takes us back to the years after World War II and the origins of the Declaration of Human Rights of United Nations. The World Council of Churches’ Commission on International Affairs, headed by Lutheran theologian Dr Frederick Nolde, originally pushed for the fledgling UN to establish a Commission on Religious Freedom.

It soon became clear to the churches that these rights should be part of a larger declaration of other human rights. Eleanor Roosevelt was the first chairperson of a commission whose drafting committee produced the United Nations Declaration of Human Rights. The contribution of the British Council of Churches, the Conference of British Missionary Societies and the Greek Orthodox Minister of Foreign Affairs, Charles Malik, has been to add â€œthe right to change beliefsâ€ to the right to have beliefs.

In July 2019, Bishop Mounstephen produced a comprehensive and first-rate report, which exposes the extent of Christian persecution and places it firmly in the context of the broader decline in respect for the freedom of all faiths. The individual country assessments in the report make it fascinating, if not shocking, to read.

More specifically, the report calls for: an early warning system designed to prevent persecution; the integration of religious freedom into existing programs for democratization, development and peacebuilding; and religious literacy training for Ministry of Foreign Affairs staff. It also calls for a standard definition of persecution and a better understanding of the peculiarity of discrimination and persecution of Christians.

He also identifies the variety of triggers and drivers of Christian persecution. As the Bishop of Truro said in a recent meeting, â€œIf you lift the stone of persecution and look below, what do you find? You find industrial-scale gang warfare driven by drug-related crime; there are authoritarian, totalitarian regimes that are intolerant of both dissent and minorities; you find an aggressive militant nationalism that insists on uniformity; you find religious fanaticism and fundamentalism in many different forms which often manifest in violence.

I hope the FCO will not put aside this important work. The situation deteriorated with Christians persecuted in 144 countries (up from 125 in 2015, according to the Pew Research Center). According to the organization Open Doors, 245 million Christians in the 50 most seriously offended countries are currently facing persecution.

Progress in the fight against religious persecution has been reversed, whether it is the cultural genocide of Uyghurs in China or the decline in the number of surviving Christians in the Nineveh Plain in Iraq (next to that there is a the tragedy of the Yazidis). Iraq’s Christian population has grown from 1.5 million before 2003 to around 120,000 today. Between 1990 and 2017, 45 Catholic priests and a cardinal were murdered by drug cartels in Mexico.

This report on the persecution of Christians is as painful as it is revealing. Politicians must be in a hurry to find out what they intend to do to implement its findings. A general election offers unique opportunities. As William Wilberforce said, reporting on the slave trade to the House of Commons: â€œYou can choose to look away, but you will never again be able to say you did not know. “

[OPINION] Divorce, the death penalty and the dangers of religious fundamentalism

Religious fundamentalism is a “scourge”, according to the pope