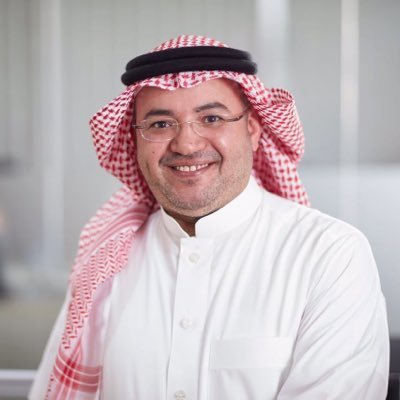 Fundamentalism and the return of the Taliban

Some nations and cultures experienced a phase of fundamentalism as they sought to reach a higher level of civilization. This has happened in predominantly Western cultures in all areas of this phase of the history of human civilization.

The problem is that after breaking free from the dark phase, the Western world has had its fluctuating positions towards fundamentalism, and this has also happened in the Arab and Islamic world.

Fundamentalism is a political theory and partisan organizations use religion and exploit its holiness to achieve narrow partisan gains, a disease from which nations rarely recover unless they develop a keen awareness of its danger with the presence of elites and leaders able to confront it and map the way for the future.

The Taliban’s comeback on the Afghan scene is a huge political and historical event, not a passing event. Two decades after the intervention of the most powerful American empire in history with its military might and broad alliances, the movement is once again ready to tighten its grip on the Afghan state, and it is only a matter of time for him to take full control.

The return of the Taliban is very important and significant for those who continue to claim that the “brotherhood” is over or that surrealism is gone. It is also an affirmation that the task of freeing oneself from fundamentalist ideological groups and parties, as well as their ideologies and discourses, concepts and methods is a clear task and must have a global vision, long-term strategic plans and determination. to rid society of the clutches of backwardness, ignorance, extremism and hatred.

In May 2011, I wrote an article titled â€œThe Rise of Fundamentalists and the Age of Fundamentalismâ€, in which the focus was on the rise of fundamentalism. What is happening today is the return of the Taliban and the return of the Muslim Brotherhood and other Islamic political groups to countries and societies that were supposed to have rejected them but are now exposed to them. in new ways. This strongly underlines that we are still living in the phase of fundamentalism which differs from place to place, but we have not gotten rid of it.

One of the manifestations of the return of the phase of fundamentalism in the countries and societies, individuals and institutions of the Middle East is the bias of the Western liberal left to ally with all the fundamentalists in the region despite the failure of this alliance during what has come to be known as the â€œArab Springâ€.

What we are seeing today is that negotiations with the fundamentalist Iranian regime are in full swing in Vienna, the Houthi militia in Yemen are being treated with gloves without their terrorist designation, pressure is mounting on the legitimate Yemeni government and its allies to ease the confrontation with fundamentalist terrorist militias, there is leniency in the treatment of fundamentalist â€œIranian militiasâ€ in Iraq, Syria and Lebanon. All of these are glaring indications of the revival of fundamentalism and the return of the fundamentalist era.

In 2013, I wrote a preface to the book “The Storm and the Turban” on Afghanistan and the Taliban, in which I stated: “The book raises many questions about the political and ideological future of the Taliban movement, and if he is able to develop to coexist with the logic of history and the balance of power in the world, or will his old failure soon return after all he has been through? So in the event of a return to power, will he be able to reverse the wheel of history? Can he ignore the major changes that have taken place over the years? These are the questions that meet in this period with many answers.

The sudden and rapid American withdrawal gave the Taliban a strong opportunity to return with force and speed to control the Afghan state, and America began to count China and its calculations of rising power that did not concern it in the same. measure before, and with the invocation that Afghanistan was one of the hottest wars of the Cold War, and which ended in the defeat of the Soviet Union and its disintegration. The American policymaker may find it easy to repeat the same scenario, but with a different enemy this time, and keep Afghanistan like a dagger to the side.

In a report by the British correspondent of “Sky News”, who filmed him as he escorted the Taliban forces, it was revealed that elements of the movement appeared to control a large and modern fleet of armored vehicles, equipment, missiles and weapons left behind by the retreating US military. It was a scene that reminds us of ISIS’s control over Mosul and its acquisition of large quantities of modern American weapons that were left there, to be taken by the terrorist organization and wreaked havoc in Iraq and in Syria over the following years.

Almost all events in Afghanistan point to the return of the Taliban, with the exception of some statements aimed at softening their image in the media at this phase of power transition in the country.

The same old rhetoric and savagery of the past is there and there is no indication of radical changes in terms of ideology or savage politics.

Afghanistan’s strategic depth lies in Pakistan, which in turn does not seem in a rush to express an explicit political position until the dust settles in Afghanistan and the new international power equation emerges.

The relationship of the Taliban and some of its allied forces in Afghanistan with the Iranian regime is well known. The nature of future developments in this relationship is subject to many variables, but they all serve to reinforce the “fundamentalist era” and the path of “drug trafficking” from Afghanistan to Lebanon.

NATO member Turkey has promised America to cover up its swift withdrawal from Afghanistan, and it is under explicit threats from the Taliban to leave the country with its forces and weapons, and it appears that it will not hesitate for long to withdraw from there once things are settled in the hands of the Taliban.

Qatar, the country with the strongest relations with the Taliban and the former Al-Qaeda formation, knowing that America can conduct peace negotiations between the Afghan government and the Taliban and has well-known tendencies in which he wishes to invest in the near future.

Some of the video footage that comes out of it is reminiscent of the biography of the first Taliban movement in its dealings with people, women and political parties, which suggests the return of Afghanistan to become a safe haven for all terrorists and fundamentalists around the world. . The Brotherhood group, which is classified as terrorist in several countries, has started to seriously consider moving many of its elements and bodies to Afghanistan.

Finally, it is prudent for Muslim countries to take all precautions against the return of the â€œfundamentalist eraâ€ to become effective, influential and gain support at the international level. Western left-wing rights organizations and media will move to attack these countries when they confront terrorists and fundamentalists.

– Al-Otaibi is a Saudi writer. This article originally appeared in the Al-Sharq Alawsat newspaper.

Violence against women and religious fundamentalism