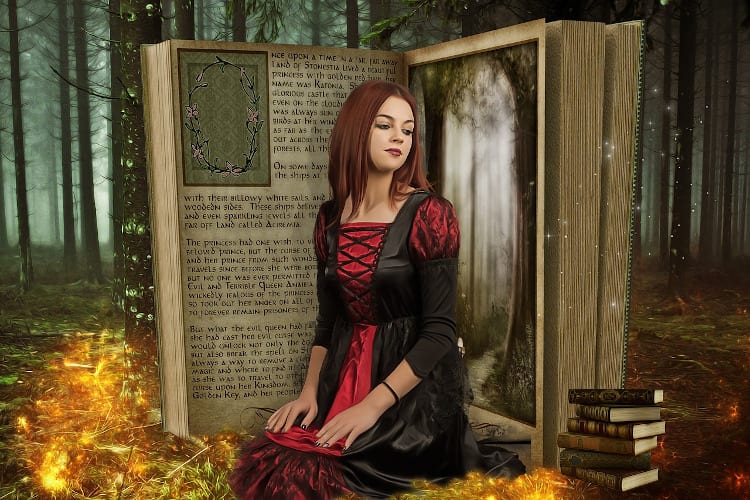 Rigidity and fundamentalism lead to bigotry and prejudice

Fundamentalism is a problem in all traditions, philosophies and religions. There is a clear and worrying link between religious rigidity and bigotry. An appeal to “tradition” is… well, appealing. People like concrete ideas. Certainty leads to security. They like things to be spelled out for them. What to do, what not to do, and draw very narrow lines in the sand and build even smaller boxes about “acceptability”. And have you ever tried to change someone’s mind once it’s been made up that something is 100% true? Dogma can rule us all. And fundamentalism and traditionalism appeal to those who like very clear rules and rigid structures in their faith, ideas and beliefs.

The problem lies in human nature. It’s certainly not just us as pagans, polytheists, occultists, etc. The problem is certainly not limited to any particular religion, let alone polytheism. The best-known example among us would be the Asatru, who unfortunately have a large white supremacist movement against which they regularly fight. But the Celtic and Hellenic reconstructionists have them too. We ALL have them.

Unfortunately, we all live in a society, and that society impacts much of our thinking and our approach.

Race and spiritual tradition can be a horrible and dangerous mix

“Tribalism”, “ethnic”, “racial”, “folk”: these are all buzzwords for the same thing. The idea that genetics is important, theirs is superior, and nothing less should be fought. Certainly, one can be proud of one’s own heritage, of one’s tradition, of one’s background and of what one has. But the lines are crossed when they become lines of definition based on the belief in the “acceptability” of others. And now your own faith includes belief in that very superiority that you are supposed to have.

There is something about fundamentalism that eventually leads to bigotry. Rigidity in religion tends to lead to rigidity in other areas. Religion and beliefs are often used as shields or excuses for bigoted behavior and speech. “I’m not the bigot, it’s you who are bigoted against my beliefs.” And their beliefs include a group or groups of people being inferior or deserving of restrictions more than other groups. Homophobia, misogyny, transphobia, racism, and anti-Semitism are all examples of some of the “beliefs” that rigid traditionalists can cling to.

We all know that these kinds of people cry ‘white genocide’ or try to claim a marginalized status that they don’t have. If you’re a white cisgender guy, you’re still a white cisgender guy. If the idea that you have a privilege irritates you, help us change the system by recognizing that you are more likely to underestimate a problem because you are not personally affected by it. It’s really all that privilege.

Times and culture can change, but rigid traditionalists won’t.

After all, if you’re part of a religion that discriminated against women in ancient times, feminism or any kind of gender equity would be “not applicable to your faith.” The same goes for attitudes towards race and gender identity. And again, if you are not affected by the problem(s) in question, you are more likely to underestimate their seriousness. You may have been convinced over time that they don’t exist, and that’s where the trouble begins. If this (supposedly) didn’t bother your tradition’s founders and/or elders, why should it bother you?

And all traditions have roots in things that include problematic behaviors and ideas. All. No exceptions. Which means we need to evolve and evaluate over time.

Rigid traditionalists do not move with the times. They are stuck in whatever past century they get their ideas for their faith from. It doesn’t matter if current research contradicts any of these ideas. After all, they are THEIR ancestors. They would know more than historians, researchers and actual historical records, wouldn’t they?

Too many people think that religion is the cause of war and hatred. And I would say it’s not a religion, it’s a dogma. ANY dogma in any lifestyle, philosophy or belief system can lead to war and hatred. Rigidity of thought leads to friction with others as well as fanaticism. Have you ever met an activist vegan? I’ve had it several times, and I’m one. Believe me when I say infighting and “more vegan than you” are one thing. How about someone with a different opinion in the fandom than yours? Visit any of the Star Trek, Star Wars, or Doctor Who fanbases to see just how toxic they can get (yes, I’m a fan of all three). What about the Red Sox or Patriots teams? I’m from Boston, and all I can say about it is “yuck”. Sports fans can be fanatical, we know that.

It’s unfortunately like I said, dogma is the problem, not specifically religion. And why any philosophy, especially one based on tradition, should be prepared to be flexible and evolve with the situation and/or the times. We must be open to change and listen to opinions and research different from our own. And accept the idea that our path is not necessarily the best or even the right path. It’s just the one we personally prefer.

What do we do about it?

I wrote about cancel culture and deplatforming the other day, and that’s definitely an idea on how to deal with that. Community rejection is a start. If nothing else, it shows others what behavior is acceptable or not. Obviously, what you do is on a case-by-case basis depending on the issues.

There are also self-checks. When does our devotion to the gods change from fanatic to fanatical? The “new convert syndrome” is a thing, and those new to the faith should be aware of it. Also, you have to be honest with yourself and what you are looking for. What are you afraid of, and why does that include getting “wrong” or doing the “wrong” things? Or are others in your tradition encouraging you to be afraid? Peer pressure is one thing. What about those of an orthopraxic religion that relies on “right” practice as the defining quality of faith over “right” belief? In such traditions, how do you determine what is “right”? Who determines this? And when is cultural appropriation used in an appropriate or racist context?

Even in ancient times, the “good” practice was not so concrete. The Greek religion was more exactly the Greek religions, as in the plural. And nowadays, different initiatory Wiccan lineages even exist. And a number of them are evolving or have already evolved on issues such as gender polarity. Autonomous covens within the same tradition may even have their own practices or adopt the tradition.

Looking for structure where there is none can be a headache. And I can see why people would try the shoehorn structure on a tradition or faith that doesn’t have it naturally. People crave certainty.

How do we know if our own approach and/or spiritual group is “fan” or “fanatic”?

Here is my own personal checklist for determining if your own tradition/faith could benefit from a reassessment:

Sometimes we find groups that initially seem fine to us, but over time demonstrate qualities that would best be described as bigoted. This is something to watch out for too.

Fundamentalism celebrates 100 years, a turning point for the Christian right