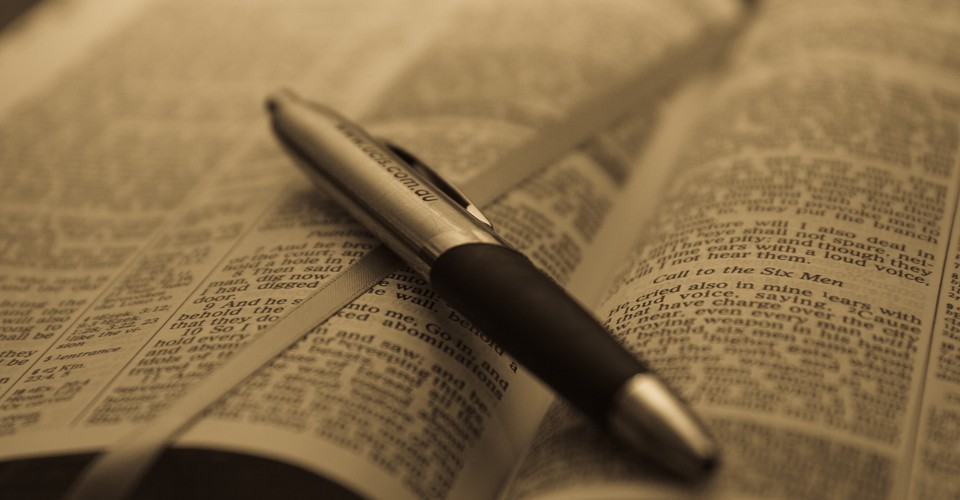 A decades-old debate continues to simmer at the intersection of religion and lexicography: When is it fair to apply the word “fundamentalism” outside of its original Protestant Christian context?

Today, “fundamentalism” is often applied as a pejorative, used almost interchangeably with words such as “extremism.” But Curtis Lee Laws, the Baptist pastor widely credited with popularizing the term, intended it as a positive description of his faith. The laws referred to “The fundamentals”, a series of essays published between 1910 and 1916 which set forth the fundamental principles of true Christian belief. The essays argued that concepts such as the virgin birth of Christ and belief in a living God are “fundamental” to Christianity in all its forms.

By calling himself a fundamentalist, Laws contrasted his own faith with that of modern Christians who interpreted with some flexibility some of the most supernatural concepts of the Bible. “Fundamentalism is a protest against that rationalist interpretation of Christianity which seeks to discredit supernaturalism.” Laws written in 1922. “This rationalism, when mature, despises the miracles of the Old Testament, dismisses the virgin birth of our Lord as an incredible thing, mocks the credulity of those who accept many miracles of the New Testament, reduces the resurrection of our Lord that death did not end his existence, and sweeps away the promises of his second coming like a vain dream.

After being embraced by Laws, however, the idea of ​​fundamentalism spread beyond core doctrinal beliefs and gradually became identified with a set of attitudes about proper Christian behavior and thought—against drinking and dance, against the teaching of evolution in schools. And so the term began to acquire its modern connotations of rigid orthodoxy.

In a presentation at the Aspen Ideas Festival, author and religious scholar Karen Armstrong argued that the word is being applied too broadly. “It made perfect sense to Americans in the 1920s when they coined the phrase,” Armstrong told me after his session ended, “because they were going back to the ‘fundamentals’ of Christianity.” But when people talk about “fundamentalist Islam,” for example, Armstrong said, they are linking two ideas that don’t fit together well and give the false impression “that ‘fundamentalism’ is a monolithic movement around the world.”

Armstrong joins a heated decades-long debate over how the word should be applied outside of its original Protestant Christian background. The late Hans Jansen, a Dutch scholar often critical of Islam, considered the debate long over because this acerbic passage from his 1997 book The Dual Nature of Islamic Fundamentalism indicated:

The late 1970s and 1980s also saw a sterile discussion about whether it was appropriate to use the term “fundamentalism” of developments occurring in the world of Islam. Wasn’t this term much too simplistic to adequately express such a complicated phenomenon? In a way, the discussion about the word “fundamentalism” echoes the discussion once sparked by the invention of the telephone. Wouldn’t the term “telephone” be much too simplistic? Would that do justice to the beauty and the many possibilities of the device? What about the “talking telegraph” or the “electric talking telephone”?

Both Muslims and friends of the Islamic world feared that the word “fundamentalism” had too strong a Christian connotation. Didn’t it come from a North American Christian background, and wasn’t it invented around 1920, then by a journalist? Wouldn’t a term like “ultra-Islamic neo-traditionalist revolutionary extremist radicalism” be preferable?

Khalid Yahya Blankinship, a Muslim scholar of Islam, take a different point of view in his book, Fundamentalism: Perspectives on a Contested History:

When the term “fundamentalism” began to be applied to various tendencies among Muslims in the 1970s, it was soon used broadly and somewhat indiscriminately. But what exactly its users meant by this term and especially why they started using it at that time remained rather vague. If at its origin in 1920, the term designated a movement and a specific Christian tendency in the United States, being even taken up by some as a self-identity, it also tended from the start to be used to classify others rather than oneself. same. . After it began to be applied to non-Christians, especially Muslims, its consistency declined, as different commentators used it rather interchangeably to refer to various tendencies and tendencies among Muslims. The result today is a confusion of different definitions, often mutually exclusive or contradictory.

Even Christians today argue over the usefulness of the word. “‘Fundamentalist’ is a term that comes up frequently in the media these days,” begins an essay by Larry Eskridge, a scholar of American religion at Wheaton College. “Casually invoked to describe anyone who seems to hold some sort of vaguely perceived traditional religious belief – whether it’s a Baptist Bible TV preacher, a Hasidic rabbi, a Mormon housewife, or of an Islamic Jihad soldier – the word has become so overused as to be almost useless This 2010 Reddit AMA from a self-proclaimed fundamentalist Christian put the word in quotation marks. (I am a “fundamentalist” Christian. Ask me anything!)

But the remarkable thing about this Reddit thread is the author’s own definition of fundamentalism: “I mean I believe in what I consider to be the ‘fundamentals’ of Christianity.” You might have to go to Reddit to find them, but someone, somewhere is using the word exactly as Curtis Lee Laws once intended.