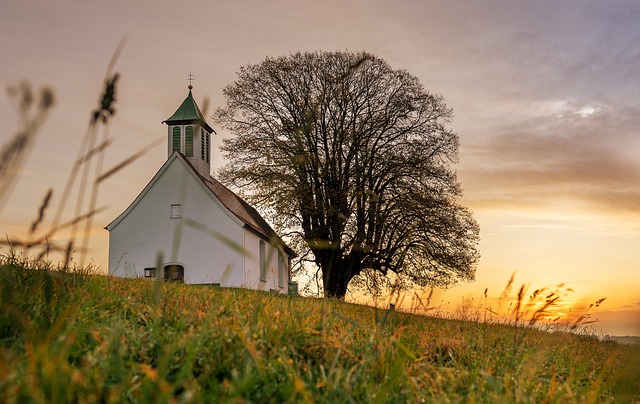 Is “neo-fundamentalism” on the rise?

Over the past few months, in various corners of the internet, I have begun to notice some backlash against a “neo-fundamentalism” that is (allegedly) emerging among conservative American Protestants. A common target of these attacks (implicit or explicit) seems to be the publication American reformer—where, full disclosure, I posted some prior work.

First, New Fundamentalism holds secondary and tertiary doctrines as tightly as core Christian beliefs, viewing them as a dividing line from orthodoxy. Second, New Fundamentalism takes a narrow view of the authority of Scripture, mistakenly assuming that one can interpret Scripture as a blank page and without any existing theological conviction. Third, the new fundamentalism aligns itself ideologically with “conservative” forms of republican politics, even confusing republican positions with theological conservatism.

Lawyer and commentator David French makes a similar point in a recent newsletter, positing that evangelicals – as opposed to “bad” fundamentalists – are

more adept at seeking knowledge and insight into the world from secular sources, taking insights from psychology, sociology and critical theory to help understand complex cultural, political and historical issues. This is not the universal Christian approach, and most fundamentalist Christians have long looked askance at the social sciences (including each discipline above) and are more inclined to assert that the solution to the race problem in America lies in the Bible alone.

I am particularly intrigued by these criticisms because I am pretty sure they are counter-arguments against an approach to Protestant intellectual engagement that I have publicly championed. Specifically, I argued in a lengthy October article that a significant amount of recent scholarship, by authors who seem to be interested in calling on conservative American Protestants to change their ways and beliefs, tends to interpret the theological claims as essentially dependent on more primordial systems of power. , which social science disciplines like sociology and history are meant to reveal in their “objectivity”. And this method, I argued (and I would still argue) is not really the one that can give rise to a lasting Christian theology: if theology is simply derived from a secular science or another, why keep it? The critique of power that characterizes much of contemporary academia requires metaphysical safeguards if it is not to become totalizing – but it is very difficult to understand how such safeguards could ever be justified.

Now let’s move on to French’s message. To be clear, what I described above is not an argument that Christians should not “seek knowledge and insight about the world from secular sources”. Far from there. Rather, it is an argument that the very idea of ​​“secular sources,” as resources that have no theological or normative significance for other fields, is itself unstable. But don’t take it from me; take it from “Jewish-Buddhist” writer Jason Ānanda Josephson Storm, who explains how this similar instability is endemic to the social sciences:

Determining the limits of “politics” is itself a political decision, benefiting some partisan groups more than others. Conferring category membership on a particular thing is often interpreted as an expression of a subjective value or preference. . . . The values ​​turn out to be inexplicably tied to the object, and attempts to purge them often prove doomed to failure.

Now, I could be wrong, but I don’t think this kind of “disciplinary self-criticism” is characteristic of what is traditionally called “fundamentalism.” (Perhaps it’s somewhere in the depths of the post-Van Tillian intellectual ecosystem.) The point is that the ideas and arguments of any the discipline is always loaded with a set of assumptions about how the world is and how it should be. And attempting a superficial reconciliation of positions that have radically different intellectual backgrounds is a recipe for instability.

Absolutely nothing This, however, means that Christians cannot gain useful knowledge of a subject, or creative promptings to further thought, in unfamiliar or hostile places. I certainly don’t live my daily intellectual life with the kind of tense, always ready-to-erupt anger or fear that the French (and Slavs) seem to associate with “neo-fundamentalism.” The point is simply this: seek to understand the grid through which seemingly “neutral” information is presented to you, and reason accordingly.

With this in mind, let’s revisit Slavich’s definition of “neo-fundamentalism.”

First: to the extent that “secondary and tertiary doctrines” – for example, a traditional understanding of roles in the church – are defended more vigorously now than in previous generations, it is because some of these doctrines are attacked by applying a method that involves primary doctrines. (Does the biblical nickname “God the Father” reinforce patriarchal norms? If “anti-patriarchy” is adopted as a methodological principle that can replace fairly simple biblical language, it is hard to see why.)

Second: Slavich is surely right that no one approaches the biblical text without presuppositions, but that does not mean that all presuppositions are equally justified. Like Robert Jenson did arguedwe read the Bible withnot versusthe church.

Third: I am happy to concede that his theology should not follow a specific contingent political project, but to paraphrase Alasdair MacIntyre, “including republican politics”? Paleoconservatism? Libertarianism? Neoconservatism? “Conservatism” is a big tent, after all. And it is only trivially true that those with conservative theological views will be inclined to support political efforts that, at the very least, seem more in line with those views.

Anyway, I don’t think “fundamentalist” is really useful as a classification term – I’m a fan of Alvin Plantinga’s quip that the label “fundamentalist” generally tends to serve as general derogatory term, indicating “something like ‘dumb bitch whose theological views are considerably to the right of mine’. “secondary separation” or the dissociation of individuals who are themselves associated with those “outside the fold” in some sense. This, at least, would have a stronger historical justification.

In any case, at the end of the day, I don’t think the argument I’ve sketched out here represents some sort of angry “neo-fundamentalist” regression or flight out of culture, but represents a growing awareness of the non-independence of various intellectual fields. And it’s an idea worth considering in any era.