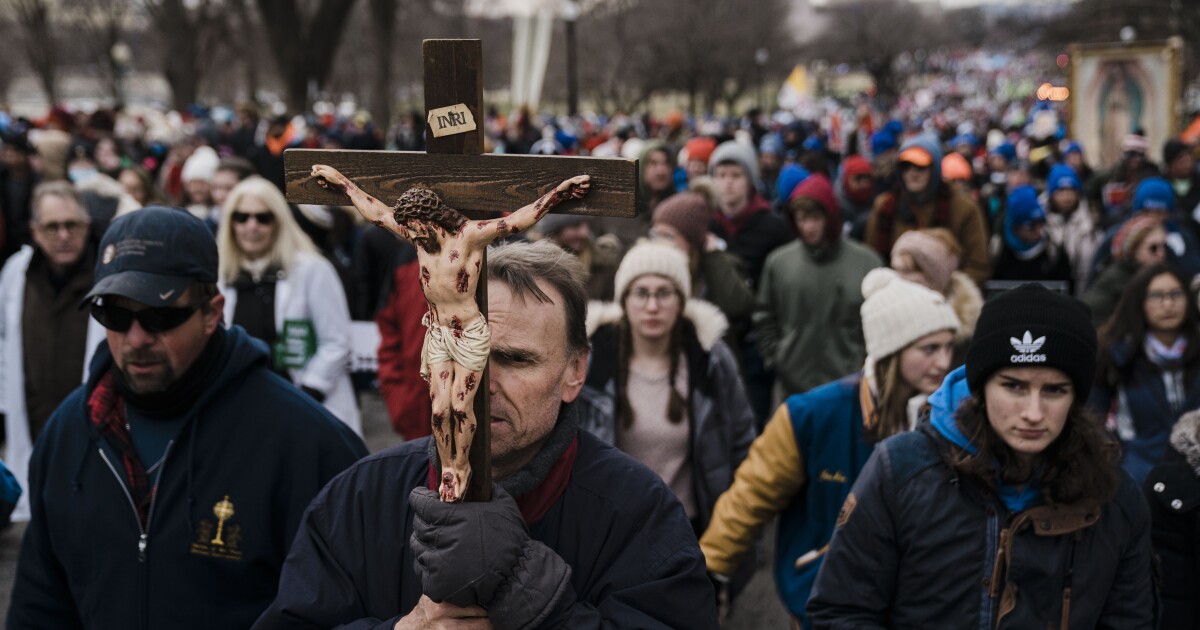 Life begins at conception is a religious belief, not a fact

For the editor: Reading letters from readers about their abortions and how they affected their lives was heartbreaking.

The abortion ban is based on a religious belief that human life begins at conception. However, there is as yet no medical or moral consensus on the actual beginning of human life.

For example, many members of the Jewish community do not believe that human life begins before birth. Prohibiting abortion on the basis of a Christian belief would therefore be a violation of their religious freedom, which is guaranteed by the Constitution.

Members of the conservative Christian religious community have been trying for years to impose their beliefs on the American public, and now it looks like they will succeed. I am certainly not a constitutional expert, but it seems to me that the principle of separation of church and state is violated here.

Could this ever become the legal basis on which this battle is fought?

For the editor: I was very moved to read the letters from people sharing their experiences with abortion. But there is another side to the horrors of a world in which abortion is illegal: the experiences of women who miscarry.

In 1987, I was having a normal pregnancy. I went on a camping vacation and at a remote campsite I had a miscarriage.

In a world where abortion was illegal, what would that have looked like? I shudder to think of the interrogation I should have endured and wonder how I could have proven my ‘innocence’.

Up to a quarter of pregnancies end in miscarriage.

For the editor: Given the national outcry over Roe vs. Wade’s disappearance, your coverage, and the testimony in letters to the editor, it’s pretty obvious that most protesters believe abortions will be illegal nationwide. No, their legality will revert to the states.

For Californians, so apoplectic in the face of this possible decision, nothing will change. If you live among pro-lifers in an anti-abortion state, just go to another state. It’s easier than going to Tijuana, as one of your letter writers said.

Put away your signs and pack your bags if you’re in a red state that opposes the estimated 60 million children whose lives have been interrupted by abortion since 1973. Statistics indicate that the majority of aborted babies were people of color – does that make protesters racist?

Obviously, these children who are technically alive, facing the knife, have no rights.

Abortion: why does the court use religious belief?