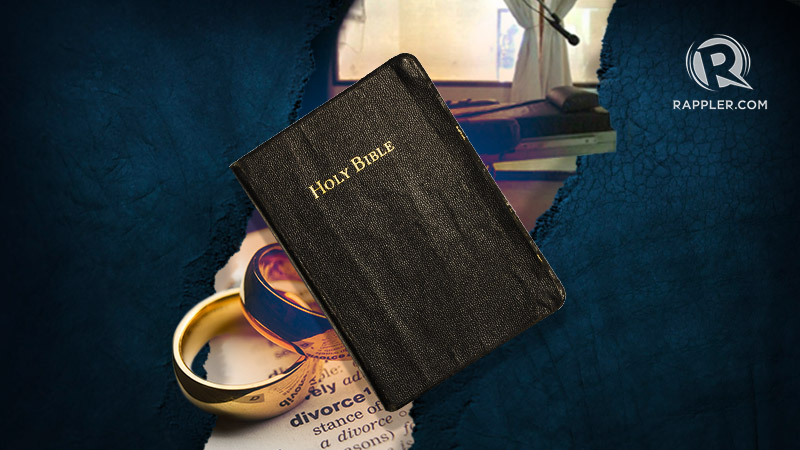 [OPINION] Divorce, the death penalty and the dangers of religious fundamentalism

Divorce and the death penalty are not dead.

Over the weekend, President Alan Peter Cayetano expressed his intention to seek consensus among his fellow representatives. For him, these measures are still on the legislative table but their progress depends on what his colleagues say.

In the spirit of democracy, seeking consensus is of course a noble endeavor.

But it can also be dangerous. Indeed, the voice of the majority can be confused with the consensus.

Divorce and the death penalty are areas where the majority can be tyrannical.

Consider this reality. Divorce, although long requested due to domestic violence, is unpopular. Even Cayetano himself do not believe that “divorce is the solution”.

In contrast, the death penalty has the support of the majority. Forget the fact that historical documents show it was ineffective, irreversible and anti-poor. The point is that he has the favor of President Duterte himself.

Are politicians making these choices for political convenience? This is of course undeniable.

But neither can we deny that these choices have solid religious foundations. Most of the time, the Bible is used – by both political and religious leaders – to discriminate against people whom they regard as moral and social evils.

Manny Pacquiao, standard bearer of evangelical Christianity in the Philippine Senate, does not hesitate to declare that “God allows the death penalty to discipline the people and punish the wrongdoers”. At Congress, Brother Eddie Villanueva and Benny Abante, religious leaders turned politicians, also support the reinstatement of the death penalty for certain heinous crimes.

The Bible also serves as a basis for that of Senator Tito Sotto opposition to divorce. Senator JoÃ«l Villanueva, another Christian leader himself, believes that Filipinos should not “embrace” divorce because marriage “is such a sacred thing. We believe that we should not allow people to be separated.

These politicians are not alone. With them, many other newly elected officials convinced that they have a divine role to play in the rejection of divorce and the reinstatement of the death penalty.

In my opinion, the recent decision to make compulsory bible reading among students is not accidental. It is part of a larger fundamentalist philosophy in politics.

Benny Abante asserts that “if only Biblical discipline, principles and standards were taught and instilled in the minds of our children, there would not be many problems with leadership, governance, peace and order.” .

This is a problematic statement not only for its analytical leaps. Invoking “Biblical discipline, principles and norms” is a red flag for fundamentalism. It ignores the divergent theological interpretations and the reality of religious diversity in the Philippines.

While I believe that religion has a role to play in deepening our values â€‹â€‹and democratic conversations, I have a problem with confident religious beliefs.

Here is the inconvenient truth. Domestic violence is as real as the victims’ quest for justice.

When politicians rely on simplistic theological claims, they are failing to help our society cope with these harsh realities.

This is how fundamentalist readings of problems tend to be ultimately worthless. They simplify the debate in terms of right and wrong.

It is the misfortune of having religious fundamentalists in government. They use their literalist views to say no to divorce and yes to the death penalty – as if what they say is the final authority on these issues.

And because discussions tend to be heated, they fail to recognize gray areas where genuine consensus could be achieved.

There are, for example, valid theological justifications for divorce and compelling religious reasons to resist the death penalty. The rich heritage of faith shows that the answers do not come easily.

In the name of national holiness, religious fundamentalism in politics is ruthless. And yet he is influential, not thanks to a regime whose raison d’Ãªtre is to kill criminals and silence its critics.

In an ironic sense, religious fundamentalism is the backbone of a regime that has confronted God, faith and human dignity.

Some of my university colleagues have called for greater secularism, which rejects all forms of religious discourse in the political and public spheres. They believe that the eradication of religion is essential to fostering rational citizenship.

This, in my opinion, is untenable given the religious commitments of the Filipinos.

The majority of Filipinos are not just pious. Conscious or not, they also rely on religion to explain their moral and political choices. This is a point that I have raised repeatedly about other issues such as people’s resistance to gender equality and the support for the war on drugs.

One problem is that critical reflections on faith and politics are largely absent. Sermons delivered by priests, pastors, and televangelists are considered the Word of God. In classrooms across the country, the Christian life is taught as a set of unmistakable doctrines.

This religious environment where beliefs are not challenged breeds fundamentalism.

There is, however, an antidote. What our society urgently needs are critical conversations about how faith relates to politics and politics.

In our families, churches, schools and the media there must be space to discuss alternative religious views on divorce and the death penalty.

But these conversations must also confront realities. Violence exists in households across the country. The death penalty is ineffective in deterring crime.

The best of these conversations will conclude that genuine faith works for righteousness. – Rappler.com

Jayeel Cornelio, PhD is a sociologist of religions at Ateneo University in Manila. He has published extensively on religion and politics in the Philippines. Follow him on twitter @jayeel_cornelio.

Fundamentalism celebrates 100 years, a turning point for the Christian right