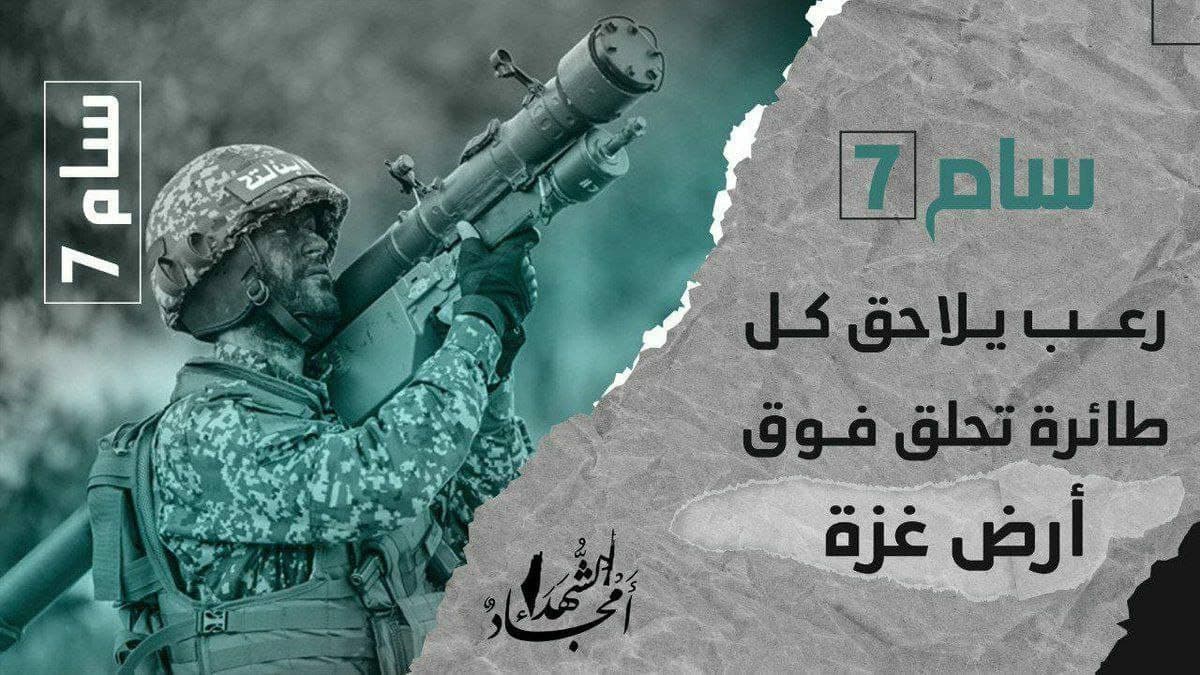 Like many Palestinians and Arabs, the Iran-backed Hamas movement that controls the Gaza Strip sees the Russian-Ukrainian war as proof of the weakness of the Biden administration and the end of the status of the United States as a as the world’s only superpower.

The timidity of the Biden administration and the perceived decline of the United States on the international stage is good news for Hamas, whose leaders hope this will pave the way for them to achieve their goal of replacing Israel with a fundamentalist Islamic state.

“The Russian-Ukrainian war signals that the era of America’s unipolar role is over. America is incapable of deciding war against Russia, and therefore the United States will not be a decision-maker in international politics…”

Predictably, the Hamas leader seems optimistic about the prospects of killing Jews and eliminating Israel under a weakened United States. Abu Marzouk is so excited about the perceived decline of the United States that he thinks now Hamas and the Palestinians can start talking about the “future” of the Middle East.

What future do Hamas and many Palestinians foresee?

Hamas leaders deserve credit for being transparent about their ambitions and for reminding the world that Hamas remains committed to its 1988 Charter, which explicitly and unambiguously calls on Muslims to wage jihad (holy war) to displace both Israel and the Jews.

The charter expresses hatred of Jews by citing a hadiths (saying) attributed to the Prophet Muhammad:

“The Day of Judgment will not come until the Muslims fight the Jews, when the Jew hides behind stones and trees. The stones and the trees will say: O Muslims, O Abdulla, there is a Jew behind me, come and kill him. (Section 7).

In the charter, Hamas defines its slogan as follows:

“Allah is his goal, the Prophet (Mohammed) his model, the Koran his constitution, jihad his way and death for Allah as the noblest of his wishes. » (Section 8).

The charter outlines Hamas’ strategies and methods as follows:

“The Islamic Resistance Movement believes that the land of Palestine has been an Islamic Waqf through the generations until the Day of Resurrection. No one can renounce it or in part, or abandon it or in part. (Section 11)

Articles 13 of the Hamas Charter declares “There is no solution to the Palestinian problem except through Jihad”.

Last year, Hamas leaders celebrated the US “defeat” in Afghanistan and said it was also a sign of the weakness of Americans in general and the Biden administration in particular.

In a phone call to congratulate the Taliban “Foreign Minister” for the “victoryAfter the US withdrawal from Afghanistan, Haniyeh, the Hamas leader currently based in Qatar, Express hope the Taliban will support the Palestinians in their war against Israel.

Statements by Hamas leaders show that they see the US withdrawal from Afghanistan and the failure to take tough action against Russia as signs of weakness and backsliding. As far as Hamas is concerned, the weaker the United States, the more likely it is to achieve its goal of replacing Israel with an Islamic state.

Palestinian political analyst Akram Atallah also seems to understand the perception that the position of the United States has diminished significantly as a result of the Russian-Ukrainian war. Washington’s image in the Arab world has been tarnished to the point that even its allies are beginning to challenge its policies and decisions, Atallah mentioned.

He pointed out that the UAE abstained on a US-led resolution condemning Russia’s invasion of Ukraine at the United Nations Security Council, due to Gulf state frustrations. over the Biden administration’s weak response to the recent drone and missile attacks on Abu Dhabi by the Iran-backed Houthi militia in Yemen. Atallah also pointed out that Saudi Arabia had recently rejected US requests to increase its oil production in order to reduce prices.

“It reflects the self-confidence of both [Arab] countries and their ability to challenge and contradict the demands and interests of the United States… When two Gulf countries refuse to support the United States, it means that America’s image in the region is deeply tarnished and that the mood changes. We are not only faced with countries that could regain their strength, but also with the rediscovery of American weakness. Does America understand that the world is changing and an eagle’s wings are weakened by factors of natural erosion and time?

Hassan Asfour, former minister of the Palestinian Authority, wrote that he too thinks that the United States has lost its “central” role in the Middle East. Asfour pointed out that Biden, in his State of the Union address, made no reference to the Iran nuclear issue and negotiations in Vienna on reviving the 2015 nuclear deal. didn’t stop there,” Asfour added.

“Biden [in his speech] ignored the issue of Afghanistan, especially in light of the confusion [US] Withdrawal. He also refrained from talking about relations with China so as not to provoke it. Biden’s speech confirms with all clarity the loss of a coherent strategic vision when it comes to central global issues. It is a sign of the loss of prestige of the great country [the US]. Biden’s speech was a historic message of recognition of the coming political defeat and the beginning of the birth of a new international order. (khbrpress.psMarch 2, 2022)

Hani al-Masri, a prominent Palestinian political analyst, wrote that “America’s retreat can be seen in many parts of the world, such as what happened in the shameful withdrawal from Afghanistan and its quest to reach an agreement with Iran”.

Ahmed Issa, former director general of the Palestinian National Security Research Institute, mentioned that the current war shows that Israel can no longer count on the United States to play an influential role on the international scene.

Americans must understand that no matter how many gifts they give to the Palestinians, it will not stop Hamas and many others from continuing to hate the United States, to consider it an enemy and to psalmody“America is the Great Satan!”

The only way for Americans to deal with these Muslim extremists is to show no signs of weakness or appeasement. The weaker you are and the harder you try to appease them, the greater their appetite becomes to fight the United States.

Fayez Abu Shamala, a political analyst in the Hamas-ruled Gaza Strip, also expressed optimism about the growing weakness of the United States and its allies. He wrote:

“Today, NATO is unable to protect its allies and faces rising Russian power. Some NATO countries want to be freed from American hegemony. The next few days will bring many surprises. We Arabs and Palestinians have nothing to do but watch the events with great caution and think about how to exploit the developments.”

Such voices from Palestinians corroborate claims of the erosion of the US position, especially among Arabs. They are responding to an anemic United States under the Biden administration that has lost credibility as well as its ability to support allies and friends. This American approach does not bode well for the future of the region. The pattern of weakness and inaction is interpreted as a sign of cowardice presenting itself as “caution” and as a green light to pursue jihadist and terrorist projects and establish another Islamic fundamentalist state.