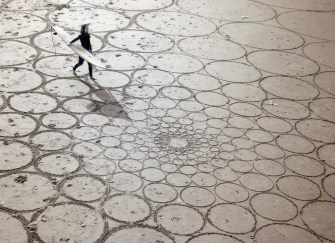 In Genesis 1:27, one of the authors of the Bible states that â€œGod created man in his own image; in the image of God he created them. The reverse is probably true: man created a god with his attributes. Physical characteristics are not the only qualities that the gods share with humans. Pattern recognition seems to be another.

A god who can make sense of patterns in nature is certainly a powerful being. According to a new study from Georgetown University, it appears humans with this skill are more likely to believe in a god.

The team, led by Adam Green, associate professor in the Department of Psychology and the Interdisciplinary Program in Neuroscience, writes that religious variability is common. Universal themes can be drawn from disparate regions, but each of the hundreds of religious practices known as Hinduism espouses different ideas.

The same is true for all religions: Buddhism has a â€œbig vehicleâ€ and a less big one; Shia practices are very different from those of the Sufis; Japanese Buddhists practice quite different rituals from those of Californian Buddhists; what is divine in one Christian sect is blasphemy in another. While the more devout religious believe their opinions are correct, open-minded believers are likely to see the opportunity to communicate.

To combat the problem of relativism, Green’s team chose volunteers from among American Christians and Afghan Muslims, two diverse religious and cultural backgrounds. They wanted to know if the implicit learning of models – “perceptual mechanisms evolved for predictive processing of environmental information” – is a predictor of belief in a god.

The answer, according to their research, is yes. As a green note,

â€œThis is not a study of the existence of God, it is a study of why and how brains come to believe in gods. Our hypothesis is that people whose brains are good at subconsciously discerning patterns of their surroundings can assign these models to the hand of a higher power.

Consciousness provides only a fragment of data that our brain pays attention to. Ascending processes operate below the conscious threshold, such as biological operations that maintain our body’s homeostasis. Threat detection and other forms of perception are also addressed bottom-up, although, as the authors write, top-down processing is not an entirely separate area. The two inquire.

Intuition is another example of ascending processing that arises in consciousness. We pick up signals from our surroundings and process them subconsciously all the time.

â€œBecause individuals are unaware of these bottom-up influences, insights drawn from unconscious processing can instead be consciously interpreted via explicit belief accounts that provide a streamlined context for beliefs and behaviors. “

A general view of the beach and a surfer pictured on March 20, 2014 in Marina del Rey, California.Photo by Bruce Bennett / Getty Images

Facial treatment, implicit racial biases, and pathogen avoidance provide additional context. In fact, cleansing rituals likely evolved from an unconscious fear of illness. Our ancestors applied a spiritual dimension to their bathing rituals to give meaning to unconscious impulses.

For this study, 199 (mostly) Christian volunteers in Washington, DC and 149 Muslims in Kabul watched a sequence of dots on a computer screen. They were responsible for pressing a corresponding button each time a point appeared. Participants with strong implicit learning abilities began to unconsciously recognize patterns in the appearance of dots, preemptively pressing the corresponding button before they appeared. None of the volunteers claimed to have seen a drawing, suggesting their guesses were unconscious.

The team observed a link between the strongest implicit learners and religious belief. Recognizing patterns before they appear correlates with belief in a god. The team was surprised to find such a strong correlation between two disparate religious and cultural groups, suggesting the potential for a universal theme. As a green note,

“A brain more predisposed to implicitly learning patterns may be more inclined to believe in a god, no matter where in the world that brain is located, or in what religious context.”

An interesting next step could be the study of polytheistic groups, where pattern recognition is probably stronger. It is one thing to give a god credit for everything, but quite another to ascribe a variety of divine figures for the relationships between natural phenomena.

The authors conclude that they cannot rule out top-down treatment as part of religious belief. Indeed, faith loves has multivariate influences. Yet this research details another cognitive basis of belief, highlighting a common ground that we all share, regardless of the form of our deities.

Keep in touch with Derek on Twitter, Facebook and Substack. His next book is “Hero’s Dose: The Case For Psychedelics in Ritual and Therapy.

Apathy is a greater threat to religious belief than atheism: J. Warner Wallace