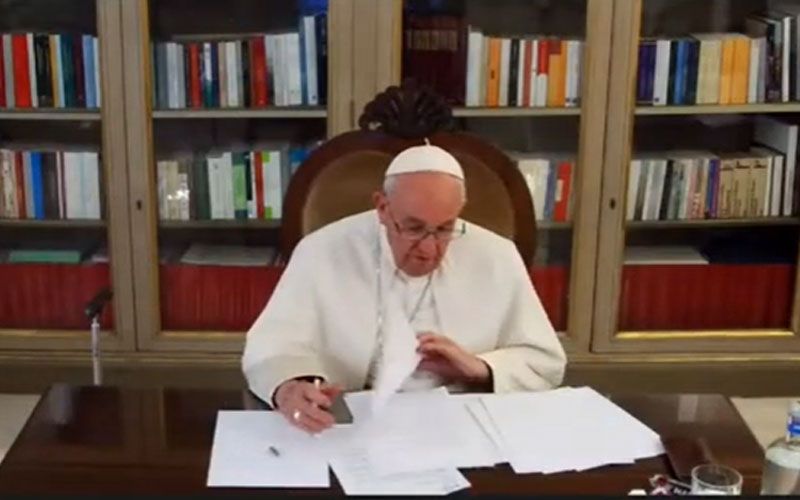 The dialogue between Pope Francis and representatives of Catholic university students from Africa touched on a myriad of issues, including faith and spirituality, the African philosophy of Ubuntu, which stresses that “I am because we are”, as well as the aspect of human solidarity.

In his presentation, Mr. Chidera expressed concern about the violence in Nigeria. He said he found it regrettable that terrorism and banditry attacks in Nigeria and the Sahel region are mainly perpetrated by radicalized young people.

“The rise of terrorism is not only affecting Nigeria but also the Sahel region and Africa as a continent and is being led by young men and women who have been manipulated and tricked into embracing the life of terrorism and wickedness,” he said.

In his response, Pope Francis called for the unity of young people in the fight against the challenges of “fundamentalism, terrorism and banditry”.

“It is not easy to fight banditry, but you have to be active, careful and also firm in your heart and be aware that you cannot do it alone; you have to join forces and be organized,” Pope Francis said.

He added that “through resistance, organization and political work with prudence and wisdom” and by embracing the love of God, the youth of Nigeria will be strengthened to continue the struggle against vices.

The Holy Father went on to encourage the youth of Nigeria “to learn from your elders, to seek their suggestions and guidance.”

He also encourages young people to work to find “a political doctrine that emanates from the people themselves without anyone from the outside telling you what to do”.

“Politics is the highest form of charity because it is something that tends towards the common good,” the pope said, adding that “young people, given the enthusiasm, can do something in political terms.” .

To be able to initiate political change, the Holy Father said young people must have a thorough understanding of the political snags of the country in order to avoid making dangerous mistakes in the process.