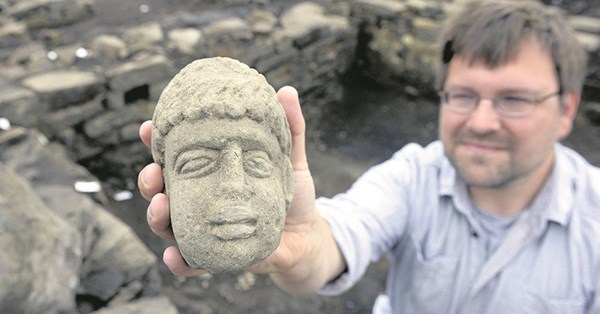 HUNDREDS of volunteers are recruited to work on a two-year study of religious heritage in the North East of England.

The project, Belief in the North-East, is led by archaeologists from Durham University and will focus on four main topics, from Neolithic rock art to the medieval monastic period, but will also look at faith until nowadays. He received a grant of £180,000 from the National Lottery Heritage Fund. Part of the job will be to train volunteers in modern technology to examine the past.

Project leader Dr David Petts, associate professor of archeology at Durham University, whose research includes nine years of excavations at a Roman fort in Binchester, near Bishop Auckland, said: “Religion runs through the history of the northeast.

“During our Roman investigations we found the head of a god and an early Christian ring. And there is a legacy in the North East going back to the early Anglo-Saxon Church, Lindisfarne and the Gospels, which is high in the local consciousness. We also have an incredible resource of local prehistory that people here are really aware of. There is a feeling that religion is something that can be looked at from almost any time period.

The results of the project will be presented at a conference in 2021, and in a school educational file posted online.

Dr Petts said the project was based on a desire to take a more cooperative approach with the community. Its theme emerged after consultation with a variety of groups and organizations. “The comments we received were that people were particularly interested in religion and belief. And they wanted us to not just manage the project for them – they wanted us to learn how to use some of the technical aspects of archaeology.

“Ten years ago, much of this technology was reserved for universities and people with expensive computers. Today, you can do 3D photo modeling on a laptop using a normal camera and free software that you can download. you can do computer mapping; you can use Google Earth. Hopefully they will put the skills learned to good use and start their own research projects in the future.

“We also want to reach people who might never have thought of getting involved: young people, traditional communities.

An example is the residents of a tower block in Low Grange, Teesside, who want to investigate the site of a medieval monastic building which is almost on their doorstep. “It’s a great example of a community that isn’t necessarily involved in archaeology, but wants to learn more,” Dr Petts said.

“The northeast has very old synagogues, one of the first mosques in the country and ancient gudwaras; so that we can also work with these communities and get people to look at these buildings which are historic elements of the landscape in their own right.

“While many people have studied particular aspects or places, such as Lindisfarne or Durham Cathedral, no project has ever attempted to capture the big picture, from prehistoric times to the present day. task we have set ourselves for Belief in the North-East.While academic staff and students at Durham University will be closely involved, community engagement in the project will be vital to its success.

Beyond religion: religion and fundamentalism