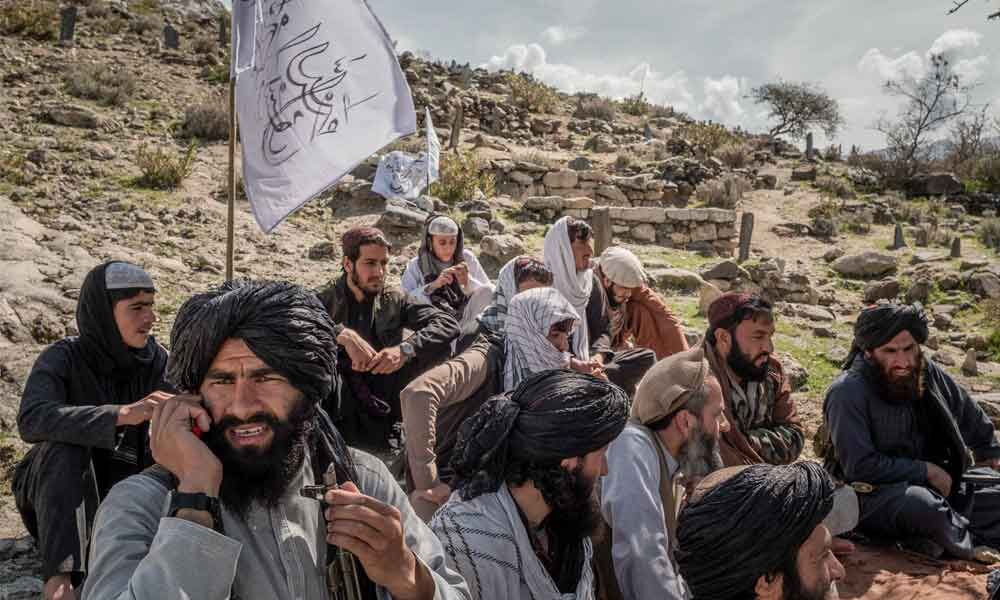 With the arrival in power of the Taliban, the question of religion takes a preponderant place. However, there is still hesitation among intellectuals and silence in political circles to discuss the issue of religion and fundamentalism. The philosophy of the Taliban, which is clearly inspired by Sharia law, is a threat not only to Afghanistan but to the whole world. Times will be hard for us especially as India borders two hostile states and friends of the Taliban. In a stuck situation, the only hope for the world comes from India.

Dr SN Balagangadhara’s thesis on religions and understanding of the phenomenon in India would be a major contribution to achieving peace in the country (and in the world too). Most of the debates about religions in the country seem to degenerate into a verbal exchange of words. History and its “facts” are inconvenient debate techniques and do little to help.

As Dr Balu says, there have never been religions in India but only traditions (sampradayas and paramparas in their broadest form). The conversion of traditions into religions was a colonial exercise. It wasn’t malicious intent on a broader level, but they were trying to make sense of an alien culture from the ruler’s point of view. They saw a variety of phenomena, practices and philosophies across the country and built the religions of “Hinduism”, “Buddhism”, “Jainism”, “Sikhism”, and so on. There have even been religious encounters also between a 2000-year-old Buddhism and a 200-year-old Hinduism!

The framework for all of these experiential constructs was their own internal European debates between Protestant, Catholic and Enlightenment thinkers. It’s a long story, but one of the basic driving forces in the creation of religions by the colonials was their own culture (rooted in religion) which believed that religion was a cultural universal. It was inconceivable to them that there could be cultures without religions.

Our Indian intellectuals have swallowed up the whole story that Dr Balu calls “colonial consciousness”. Only a few intellectuals have questioned whether religions in the classic definitional mold of a single book, a single temple, a single doctrine or a single messenger ever existed in India. Fertile intellectual minds seated in the best libraries in Europe have converted our traditions into religions with even “interreligious” encounters. Hinduism versus Buddhism was their heritage; Hinduism versus Sikhism today is a continuation of this heritage. These resembled those that occurred in the Middle East and the European world during medieval times.

Fundamentally, religions can never be a reason for peace. He divides the world into â€œbelieversâ€ and â€œunbelieversâ€. Under the impact of secularism, the maximum that a religion can achieve are â€œtolerances and acceptancesâ€. Traditions thrive on the multiplicity of practices, rituals, philosophies with the fundamental idea of â€‹â€‹”indifference to differences”. The concept of truth is as robust as it is in religions, but traditions say, â€œI am true, but you are not false. Religion, on the other hand, is clear when it says, â€œI am true and you are false.

How has India treated religions? They have become traditions with a progressive indifference to other beliefs while pursuing their own path. As usual with traditional cultures, religions had cultural syncretism with dominant traditions and they also lost their focus on aggressive proselytizing. Muslims and Christians chanting the highest devotional songs to Indian deities without fear of losing their personal faith or being persecuted by the hard-core elements are just a few examples.

Hindus have also never been strong in implementing anti-conversion laws, because essentially the idea of â€‹â€‹conversion with the rejection of all previous beliefs is meaningless in a traditional culture. One can very well be a Hindu even if one does not believe in God and goes to the temple “purely for its architecture”.

It is another matter that the words “Hindu”, Hinduism and “Hindutva” remain ill-defined in both our Constitution and our law books, even after so many decades. Using the words for convenience, indifference to differences is India’s solution to multiculturalism and not the ill-prepared and inappropriate idea of â€‹â€‹secularism, a solution for the European Christian world at one point in its history. India’s distorted political secularism has become nothing more than an â€œappeasementâ€ of â€œminoritiesâ€ rather than encouraging inclusion.

Unfortunately, as our traditions become more and more religious, the capacity to absorb pluralism diminishes and fundamentalism emerges. So-called Hindutva and Hindu â€œfundamentalismâ€ are the result of such attempts to define traditions as religions with even basic doctrines (like the so-called Hinduism claiming that all religions are equal). The problem in India has been to convert traditions into religions by a continuous effort of our intellectuals, academics and politicians.

This conversion takes us from tolerance to intolerance, from indifference to hatred, from acceptance to rejection. The Indian solution to the world is to make religions into traditions. We should go this route. It is not a question of “diluting” a religion as some might want to believe. It would be surprising if the Taliban could one day bring peace to anyone in the world.

About the new Chinese colony of Afghanistan, by K Krishna Saagar Rao. The second coming of the Taliban in Afghanistan is indicative of the strong regional and religious interests played by Pakistan and China, to perpetuate their own agenda politically and economically, to exploit the feelings and the resources of the region. The rapid takeover of Afghanistan by the Taliban is attributed to the direct role and support of the ISI at every step, by Pakistan. There would be Pakistanis involved in the whole operation, as well as jihadists; and trucks loaded with weapons were returned to Pakistan after the successful takeover of Afghanistan by the Taliban. There is a Taliban video circulating on social media, intimidating India, so as not to militarily disturb Pakistan; and to cede J&K to Pakistan because it was owned by Pakistan.

The spirit of the Islamist jihadists is so high in the aftermath of the Afghan crusade that they radiate confidence to be able to conquer any part of the world with ease. The well-trained US Afghan army did not fire a shot in defense and obediently surrendered. The fact remains that 99% of Afghans are in favor of the application of “Sharia” law in the country, which is perfectly suited to the Taliban with jihadist designs. Congress leaders like Natwar Sigh are already suggesting that today’s Taliban are a softened version of what the world saw twenty years ago in Afghanistan.

But the bloodthirsty state of mind and barbaric behavior of the Taliban has not undergone any change from the jihadists feverishly enforcing these rules in Afghanistan as before, with vengeance. The employees and students, who were assured of their jobs and the continuation of their studies, are now prevented by the Taliban, citing one reason or another. A boy, who was wearing white socks, was brutally beaten and slashed with a knife on his back and private parts because the color while was the sign of the Taliban flag !. These irrational and stupid reasons are attributed to endless torture.

There are secularists in India who want the government to negotiate with the Taliban, in order to normalize ties with this country, such as MIM leader Asaduddin Owaisi and other Muslim leaders belonging to the Samajwadi party. Such a state of mind is indicative of their true intentions of waiting for India to become another Afghanistan in the future. The United States endorsed the presence in Afghanistan saying that the Taliban posed no threat to the United States. But, India cannot afford to maintain such complacency, to be in a madman’s paradise, because the Taliban have already reached the Indian gates, only 450 km, which separate India from Afghanistan. .

Afghanistan is a lesson in how religious fundamentalism can burn nations, says Kerala CM