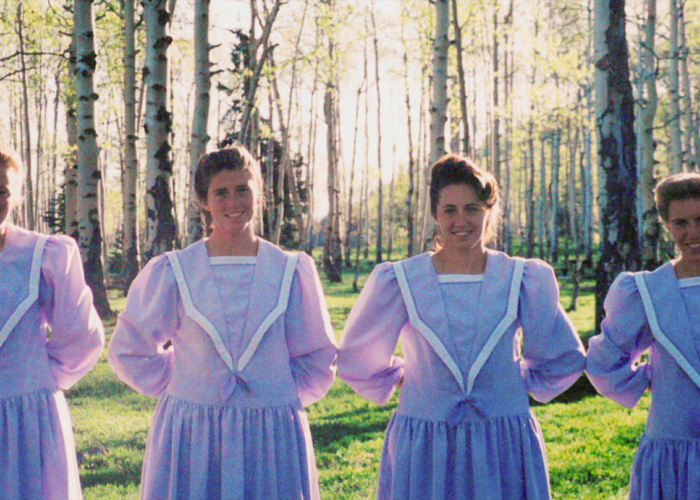 There’s an understated quality to “Keep Sweet: Pray and Obey” that sets it apart from the salivating standard of true crime docuseries.

Just because Netflix’s four-part investigation into the Fundamentalist Church of Jesus Christ of Latter-day Saints isn’t about Mormon abstinence. On the contrary, director Rachel Dretzin (“Who Killed Malcolm X?”) and co-director Grace McNally understand that the mind control, sexual exploitation and spiritual deception that self-anointed prophet Warren Jeffs has imposed on his sect need not be sensational. It’s all dreadful – and fascinating enough – without the techniques of tabloid television.

Even interviews with survivors of the cult — mostly very brave women, but also men whose lives were ruined by Jeffs — keep tears and anger to a minimum. Their testimony provides all the emotion a viewer could ask for, if not a particularly sharp insight into why so many people have passively accepted so much abuse.

Like the newly completed, semi-fictional “Under the Banner of Heaven” (minus most of the physical violence of this murder mystery, it should be noted), “Keep Sweet” clarifies the distinction between traditional Latter-day Saints and the fundamentalist offshoot. Polygamy is illegal in Utah, as in all other states. The FLDS is built on plural marriage — and, while Jeffs was free, the taking of underage wives by older men, a practice the cult leader presided over with immense goosebumps.

The idea was that the more wives and children a man has in this life, the higher up in heaven he will be. The status of women after death was tellingly not so well defined, but the girls were taught from childhood that if they did not submit to the husbands Jeffs had chosen for them – kindly, as the saying goes the series title motto – they would endure hell on Earth and for eternity.

As if life in the FLDS enclaves of Short Creek, Arizona, and the Yearning for Zion ranch outside of Eldorado, Texas, weren’t hellish enough, women were increasingly cut off from outside influences. , uniformly dressed in pastel prairie dresses and 19th century hair. buns, but not informed about sex before their untimely wedding nights.

Utah attorney Roger Hoole may be revealing more than he intended when he says: “Anyway, polygamy really isn’t the issue. These are the secondary crimes that occur in a closed religious society controlled by men. That’s when all sorts of misdeeds can take place.

While a few — like ill-fated child bride Elissa Wall — escaped and spoke to authorities, an increasingly paranoid Jeffs broke up families and banished any men who might challenge his power. He also confiscated the belongings of worshipers and demanded larger tithes towards the end to fund a decidedly unchristian high life while he was on the run with a few favorites among his 78 wives.

Wall, her sister Rebecca, Alicia Rohbock and other FLDS women give harrowing testimonies of how they accepted outrageous violations of their body and soul – out of fear of God, which they all believed they had spoken or even manifested by Warren Jeffs. Intelligent, self-aware and seemingly sedentary individuals now, they are living proof that brainwashing can be reversed. For some people. “Keep Sweet” notes that many are still following Jeffs from his prison cell, convinced that the good guy world is out to get them and that they will be the only survivors of Armageddon, which they believe will happen someday. to the other.

The FLDS has kept all sorts of surveillance footage and recordings, which Dretzin uses here to the fullest. Despite its just-the-facts-madam style, the docuseries is steeped in the otherness of Jeffs’ patriarchal dream dream. As with “Under the Banner,” some mainstream Mormons may have valid representational issues with “Keep Sweet.” At a time when the rights of American women are under threat from a wider range of religious forces, this simple document on how extreme it can get seems quite necessary.

Theological Virtues and the Soul