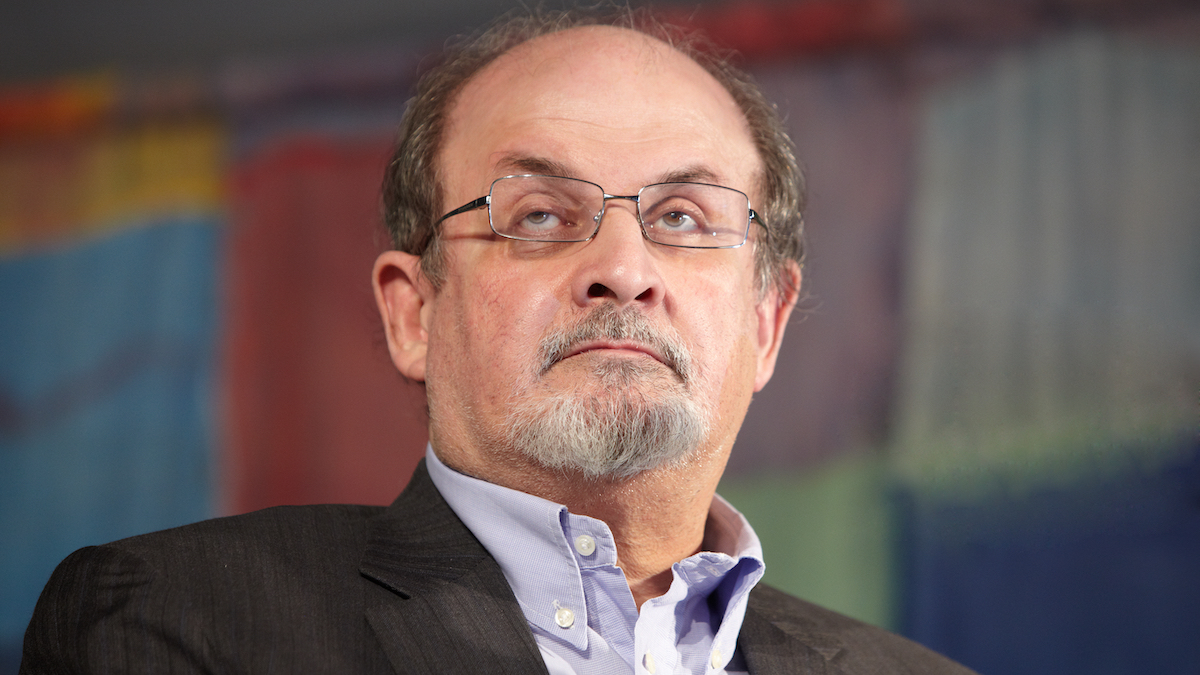 Salman Rushdie will never be safe. This is fundamentalism.

Chautauqua, NY— As author Salman Rushdie was preparing to give a talk at the Chautauqua Institution on August 12, an assailant rushed onto the stage and stabbed him repeatedly. As I write, Rushdie is in surgery, her attacker in custody.

Thirty-three years have passed since Iranian Ayatollah Ruhollah Khomeini issued a fatwa (an Islamic legal ruling) demanding Rushdie’s execution for the senseless crime of blasphemy. The fatwa, issued on February 14, 1989, followed the publication of Rushdie’s satanic verses, a novel inspired in part by the life of Muhammad.

On February 18, four days after the fatwa, Rushdie apologized for offending:

I recognize that Muslims in many parts of the world are truly distressed by the publication of my novel. I deeply regret the distress the publication has caused to the sincere followers of Islam. Living as we do in a world of multiple religions, this experience reminded us that we all need to be aware of the sensitivities of others.

But once fanaticism has set its sights, nothing can undo it, as Khomeini made clear the next day:

Imperialist foreign media falsely alleged that Islamic Republic officials handed down the death sentence on the author of satanic verses will be retracted if he repents. Imam Khomeini said: This is 100% denied. Even if Salman Rushdie repents and becomes the most pious man ever, it is incumbent on every Muslim to use everything he has, his life and his wealth, to send him to hell.

Psychologist Bob Altemeyer, creator of the right-wing authoritarianism scale, notes that religious fundamentalism by definition cannot be flexible in its moral judgments, which create immutable categories that impose order in a chaotic world. “Religious fundamentalists believe in the superiority of their religious teachings and in a strict division between the righteous and the wrongdoers,” Altemeyer said.

In 2006, on the anniversary of the original edict, when rumors swirled that the fatwa was no longer in effect, the Iranian government’s Martyrs’ Foundation has made it clear: “Imam Khomeini’s fatwa regarding the apostate Salman Rushdie will be in effect forever.”

Such inflexibility is the organizing principle of worldview. If Muhammad’s goodness is immutable, then anyone who thinks he has criticized or mocked the Prophet is definitely and immutably evil. Once damned, there is literally no mechanism by which Rushdie could be redeemed. To say otherwise would be to admit an error in the initial judgment or to compromise on the defense of the Prophet, two options unthinkable for the fundamentalist spirit.

This is, more than anything, the clear and present danger of fundamentalisms of all kinds.

“Once again we are reminded of the costs of criticizing the faith, of refusing to grant it the privilege of being above the right to free speech,” said Muhammad Syed, co-founder of Ex-Muslims of North America, in response to Rushdie’s attack. “We must not let the violence of fanatics silence us. We must stand firmly with those who satirize, criticize and even ridicule the faith, which has proven time and time again to be a valid target.

Ayatollah Ruhollah Khomeini died five months after rejecting Rushdie’s apology, but his fatwa, the grotesque idea that “it is incumbent on every Muslim to use all he has, his life and his wealth, to send him to hell” as an emblem of faith – which was always certain to live as long as Rushdie. Just as an interwoven sense of grievance makes any resolution to the religiously saturated Israeli-Palestinian conflict impossible, so the knife, even if it survives, will always be aimed at Rushdie’s neck.