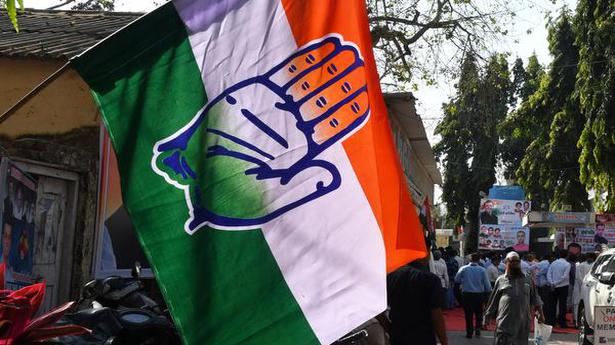 Secular fundamentalism in the era of bhoomi pujan

Congress would be better advised to fight for its own ‘idea of ​​a secular India’, whatever the electoral cost

Congress would be better advised to fight for its own ‘idea of ​​a secular India’, whatever the electoral cost

I joined the Congress party when Rajiv Gandhi was Prime Minister. The party was then in full decline. As expected, he was defeated. My political life began when the prospects for Congress were bleak. Why did I join then? Mainly because the Congress alone was the contemporary embodiment of the Idea of ​​India bequeathed to us by Mahatma Gandhi and Jawaharlal Nehru, and exemplified by the opening lines of the Prime Minister in a debate he himself had even initiated into the Lok Sabha: “A secular India alone is an India that can survive. Perhaps an India that is not secular does not deserve to survive. Let India face the most serious challenge that has ever risen to secularism as we have understood it for four decades. I wanted to be part of the answer.

However, today more than ever in the history of independent India, it is necessary to reiterate our unfailing attachment to secularism, a word absent from the vocabulary of the party. We fall on ourselves celebrating the event, pushing back the fact that the
bhomi pujan ceremony in Ayodhya took place at the site of the sacrilege committed during the destruction of a place of worship of the minority community. We say that we are only observing, as we have always said, the judgment of the Supreme Court of India, but seem to have forgotten that the judgment also called the demolition of the masjid barbaric. It was this barbaric act that paved the way for the
bhomi pujan . We cannot and must not forget the thousands of innocent Indians slaughtered as a result of LK Advani’s chariot of fire and the destruction of the Babri Masjid.

An alternative ‘Idea of ​​India’

The event is a celebration of an alternative idea of ​​India, a ‘Hindu Rashtra’, which Congress has always opposed on the grounds that it denied Muhammad Ali Jinnah’s two-nation theory. When Pakistan was created, we insisted that even if Pakistan were to declare itself an Islamic state, we would not validate Jinnah’s claim by becoming a Hindu nation. We would proudly proclaim our secular values. We also saw ourselves as heirs to “The Wonder that was India” and to all that had become a part of India over the millennia, including our Islamic heritage. This is why Jawaharlal Nehru, as Prime Minister of a secular nation, refused to involve his government in the reconstruction of the Somnath temple despite the championing of this cause by his indispensable companion, Sardar Vallabhai Patel. He also refused permission for President Rajendra Prasad to attend the opening of the rebuilt temple as a lay head of state. Now we have the spectacle of the Prime Minister of a still supposedly secular India attending the
bhomi pujan and fear to raise our voices, as a secular party, against this openly partisan sectarian act. Indeed, we haven’t even suggested that Gandhiji’s favorite
ram dhun be sung on occasion,”
Ishwar Allah tero naam/sabko sanmati of Bhagwan ”. Let us also remember that at the height of the riots in Delhi, Gandhi insisted that all occupied mosques be returned to the Muslim community. We’ve strayed so far from what we believed in because we don’t seem to believe in it anymore.

We now have Congress leaders bragging that Rajiv Gandhi opened the locks at the Masjid in Ayodhya. He does not have. This was done through an unwitting sleight of hand relying on local justice to pass an ordinance which was implemented with undue haste within half an hour of the ordinance being passed. The Prime Minister was only informed when it was already a judicial warrant
fait accompli . His main concern was to put a
status quo in place and ensure that the monument is protected from vandalism. I was with him when, during the Lok Sabha campaign, he urged Congress candidates around Ayodhya to bus Muslim community leaders to Ayodhya to see for themselves that – despite the misguided
shilanyas — the Masjid was still standing. The only one to do so was Kalpnath Rai. He was also the only congressman to win between Amethi and Calcutta.

What the higher court also said

Respecting the Supreme Court judgment does not mean celebrating outrage over the destruction of the Masjid. We must also remind everyone that the same Supreme Court urged the speedy completion of the trial of those charged with this destruction by, among others, the Liberhan Commission. We must also ask ourselves if the Prime Minister will demonstrate the secular faith of the nation in
sarva dharma sambhava by attending the ceremony of laying the foundation stone of the masjid which was decreed by the Supreme Court. So far he has been delighted to be photographed in every headgear imaginable – except for the Muslim skullcap which he has refused to wear even at a
eid milan .

As members and women of Congress, we must also remind all concerned that Rajiv Gandhi enabled the
shilanyas only in what he had been assured was undisputed territory. What was celebrated in
boomi pujan is the construction of a temple on the site of the demolished mosque. Moreover, we seem to have forgotten that a Congress Prime Minister, in the aftermath of the demolition, had promised a mosque on the demolished site to replace the demolished one. These are the questions we should be raising, not joining the sectarian chorus rising from the gorges that have shouted, “
Ek dhakka aur do /Masjid Babri
what to do .”

The Muslim community is quiet but worried. As far as he is concerned, Congress as a party has long since lost its secular credentials for fear of being labeled “peacemakers”. We hesitate to say what Jawaharlal Nehru did not hesitate to say when we were in the throes of the trauma of partition and on the eve of the first-ever elections with full adult suffrage in a nation that had just emerged from the furnace of vicious communal violence. . Nehru was adamant that regardless of the election consequences, victory or defeat, he was not going to let Congress join the communal madness. On Gandhi Jayanti in 1951, he proclaimed at a public rally in the Ram Lila grounds: “If a man raises his hand against another in the name of religion, I will fight him to the last breath of my life, whether inside or outside government. He has also consistently argued that “majority communalism is worse than minority communalism.”

Ram temple bhoomi pujan | A violation of the Constitution, according to Sitaram Yechury

To take a position

This is what we should say to the Saffron Brotherhood today rather than competing with them over who is more Hindu – the Congress or the Bharatiya Janata Party (BJP)? We should rather ask ourselves: which is more secular, the Congress or the BJP? We try to usurp their space. We would be better advised to fight for our own “idea of ​​a secular India”, whatever the perceived electoral cost. We can only justify our existence in the eyes of the nation as an alternative to the BJP, not as a pale imitation.

Mani Shankar Aiyar is a member of the Congress party