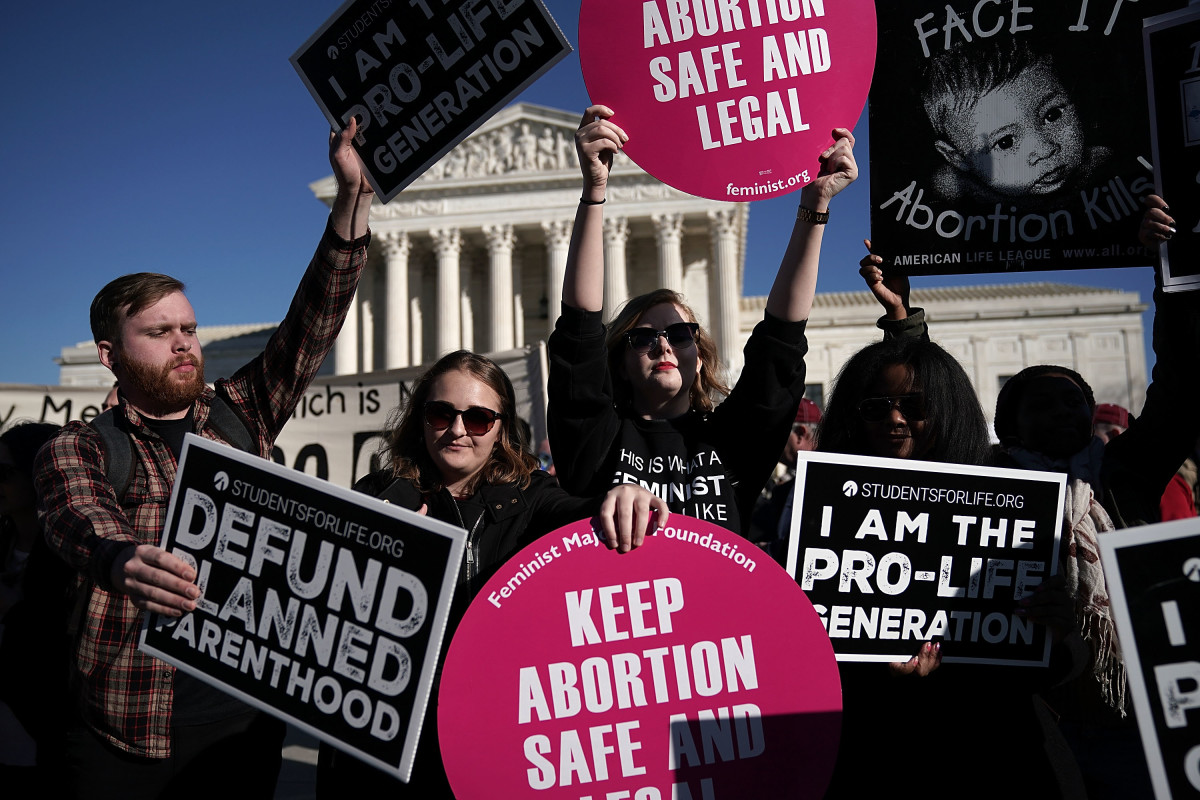 It might be the last thing we need, given our intense political polarization, but America is about to reopen the abortion debate. Once new judge Brett Kavanaugh is confirmed, the Supreme Court is likely to further restrict a woman’s right to terminate her pregnancy, most likely allowing individual states to ban the procedure altogether. This will bring the issue squarely back into the political realm.

What psychological predispositions, ideological assumptions and ethical values â€‹â€‹lead to support or oppose the right to abortion? Perhaps anticipating this moment, researchers in psychology have explored this question in recent years and found nuanced answers.

Yes, anti-choice attitudes are linked to both sexist beliefs and religious faith, but these general observations obscure important details.

For example, a large study found that anti-abortion views are associated with fundamentalism rather than religiosity per se. And another found that the benevolent form of sexism – the impulse to put women on a pedestal – is a stronger predictor of opposition to abortion than the open and hostile variety.

â€œThe idealization of women – and motherhood in particular – comes at a substantial cost,â€ wrote a research team led by Yanshu Huang of the University of Auckland in a revealing 2016 study. â€œNamely, the restriction reproductive rights of women. “

Let’s work our way to this conclusion by starting with a few well-known traits that are aligned with the antagonism of abortion: political conservatism and religious faith. In a 2017 study, Steven Yen and Ernest Zampelli analyzed data from nearly 5,000 Americans who responded to the General Social Survey between 2006 and 2014.

Respondents were asked their level of support or opposition to abortion in various circumstances, some strictly optional (“She is married and does not want more children”), others based on traumatic circumstances (” She became pregnant as a result of rape “).

They also reported on their political ideology and two measures of religious faith: “religiosity,” which was based on how often they attend services and pray in private, and “religious orthodoxy,” as measured by fundamentalism. their denomination and belief in literal truth. of the Bible.

Perhaps surprisingly, Yen and Zampelli discovered increased religiosity, meaning taking one’s faith seriously and acting on it, in fact increased support for abortion rights. In contrast, religious orthodoxy, that is, adherence to hard-line principles, was strongly associated with opposition to abortion.

This suggests that pro-choice advocates should not exclude religion as a source of support. The key factor is not the strength of your faith, but the dogma of your particular church.

Regarding ideology, the researchers found that, to an even greater extent than they realized, the more people claim to be conservative, the more likely they are to support abortion restrictions. They attribute this to George Lakoff’s “strict father model”, in which the patriarch is seen as “the moral authority and protector of the family.”

According to this state of mind, strongly linked to social conservatism, “sex is reserved for marriage, and must always be open to procreation,” they write. â€œThe planning / timing of births devalues â€‹â€‹children and is therefore immoral. “

Of course, some would simply characterize this attitude as sexist. But in psychological terms, sexism is broadly divided into two types: hostile, which displays an overt antipathy towards women, and benevolent, aka protective paternalism.

On a standard questionnaire, hostile sexism is measured by responses to statements such as “women are too easily offended”, “women seek special favors under the guise of equality” and “women seek power by taking power. control of men â€. More subtle benevolent sexism is measured by responses to a different set of statements, including “A good woman should be put on a pedestal” and “Women have a quality of purity that few men have. “

In a 2014 study of 627 Americans and a 2016 study of more than 6,800 New Zealanders, both varieties of sexism were strongly associated with opposition to abortion. In the latter sample, “30 percent of the left-right difference in abortion position was explained by sexism,” according to researchers Gordon Hodson and Cara MacInnis.

But the aforementioned study by Yanshu Huang found that the type of sexism mattered greatly. Analyzing data from more than 6,800 New Zealanders who completed surveys in 2011 and again in 2012, researchers found that benevolent sexism, but not the hostile variety, was linked to negative attitudes toward abortion. one year later. This association took place even after taking into account the gender, religious identification and political orientation of the participants.

To find out more, the researchers conducted a follow-up study of 309 undergraduate psychology students (three-quarters of whom were women). Like members of the larger study, they completed questionnaires measuring sexism and describing their attitudes toward abortion.

In addition, they responded to seven statements designed to reflect their attitudes towards motherhood. These included â€œA woman is not a ‘real woman’ until she becomes a motherâ€ and â€œA woman who does not want children is unnaturalâ€. (They expressed their level of agree or disagree with each on a scale of one to seven.)

This suggests that if you view motherhood as the pre-ordained role of women, having an abortion is, in effect, defying the natural order or, if you are religious, the law of God.

A larger study, conducted in the United States and / or other major countries, will be needed to confirm these results. But it is hard to dispute the researchers’ conclusion that they “reflect the inherently political nature of gender role attitudes and, perhaps more importantly, how the idealization of motherhood ultimately undermines the rights of women. women”.

For many, it seems, the belief that women should be “pampered and protected” effectively means that they should be freed from the burden of making their own decisions, especially regarding abortion.

Separate religious belief from cultural tradition. In the real world, this is no easy journalistic task – GetReligion

George Soros: I am a passionate critic of market fundamentalism | Letters