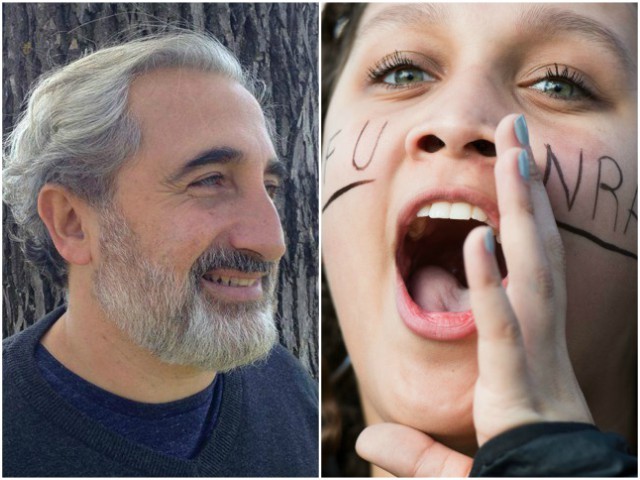 Social Justice Policy is a ‘Quasi-Religious Belief’ System on Campus

This week, Professor Gad Saad told Breitbart News why it can be so difficult to intellectually engage Social Justice Warriors – progressive politics has become their religion.

In an exclusive and wide-ranging conversation with Breitbart News, Professor Gad Saad of Concordia University in Montreal, Canada, explained why the social justice policy is designed to invite religious-type membership.

â€œâ€¦ It is a form of quasi-religious belief. The common thread between the quasi-religion of social justice and the real religion is that they both start with revealed truths, â€Saad began. â€œAnd these revealed truths are the starting points of their belief system. And these beliefs cannot be attacked or questioned. This is why they are in the domain of faith and not of evidence.

Saad explained that a strict adherent to the policy of social justice will not be swayed by even the strongest arguments. Why? Because the warriors of social justice refuse to allow intellectual criticism of their â€œrevealed truthsâ€.

â€œEven scientific truths are ‘provisional’. They are currently correct but tomorrow they could be replaced, â€Saad said. â€œWhen it comes to social justice, it doesn’t work that way. That’s why I call them all part of this cancer virus of the human mind; postmodernism, radical feminism, identity politics, cultural and moral relativism. These are revealed truths. You are starting from a premise and there is no evidence that I can offer you that can change the way you think. This is why, in this sense, they are quasi-religious.

The founder of the Heterodox Academy, Jonathan Haidt, uses the term â€œsacred ringâ€ to refer to the set of ideas of a group or person that they will not allow to be questioned.

Haidt explained the â€œsacred ringâ€ in the context of social justice policy.

So how did Professor Saad avoid developing his own “ring of sacredness?” “

“Even the most indisputable proof that I can give you, like what I just described [regarding menâ€™s evolved preference for the hourglass figure in women], if new data were to emerge – it made me question my evidence – then if I’m an honest scientist, I have to go back to the drawing board, â€Saad explained.

Breitbart News on Wednesday published Professor Saad’s advice for parents who are considering sending their children to progressive colleges and universities.

Brain damage is a cause of religious fundamentalism: study