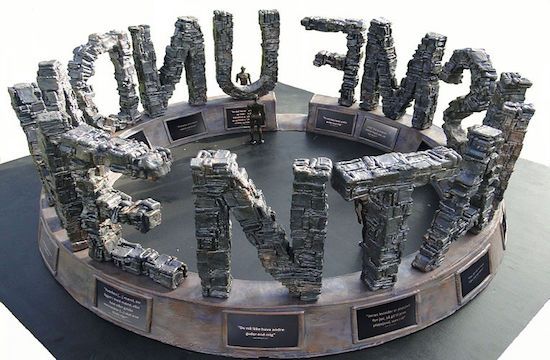 The Persistent Threat of Fundamentalism

Religious fundamentalism exerts a growing influence on democratic societies, particularly in the United States, but also in other Western countries such as Australia.

Fundamentalists demand the freedom to discriminate on the basis of some sort of “purity” of doctrine and morals and, unfortunately, some bishops and church leaders are tempted to follow them, leading to renewed culture wars .

Previously, in Australia, church and state had developed a modus vivendi, a mode of operation in which everyone respects the sphere of the other. A fundamentalist approach to so-called religious freedom endangers this and has a truly harmful influence on our society.

While modern fundamentalism originated in conservative American Protestantism in the early 20th century, its influence can be found across the religious spectrum today.

It began as a response to liberal Protestantism and the development of a historical and literary critical approach to biblical interpretation.

Fundamentalism is rooted in a personal conversion experience of salvation and accepts the literal infallibility of Scripture with a strong apocalyptic element, including Christ’s soon coming second coming to Jerusalem; that is why he is pro-Zionist.

He opposes Darwinian evolution, supports so-called ‘creation science’, he is vigorously missionary, politically involved in reactionary politics and wages an incessant war against religious ‘liberals’ and ‘modernists’, as well as lay people.

There is also a significant lack of compassion and the absence of a pastoral tradition.

Fundamentalist churches tend to be sectarian groups and the link between fundamentalism, extremism and violence should not be underestimated. This stems from the fear that religion will be marginalized in our society by secularism and science.

Fundamentalists – and to a lesser extent Pentecostals – reject serious theological studies and biblical analysis. They are locked into an attitude that protects them from having to leave their pre-established certainties.

Their refusal of dialogue is obstinate; they are right, you are wrong. Their certainty is based on presumed easy access to divine knowledge. It is therefore very difficult to enter into discussion with them.

Pentecostal “theology” leans particularly in this direction because it has no sense of the pure otherness of God. They have domesticated the divine and see God constantly interfering to suspend the laws of nature according to their own desires and whims.

So all their talk about miracles, healings, divine interventions, and the easy attribution of evil and disease to the devil and possession.

In this context, it is easy to reduce mental health and psychological problems to the “supernatural”.

In this context, it is essential that traditional believers and churches separate themselves clearly and unequivocally from this pseudo-religiousness.

Unfortunately, a number of bishops and Catholic leaders failed to do so.

Their simplistic positions on social issues related to gender, sexuality and end-of-life issues, including euthanasia, have led them to make common cause or adopt positions close to fundamentalism.

In doing so, they betrayed the long experience and subtlety of the Catholic moral tradition in dealing with complex ethical issues.

After the toxic bigotry of the 19th century, Australians developed a vibrant and respectful relationship between church and state.

Almost unique in the world, Australia has developed a way in which the state funds much of the churches’ education, health and social care ministries, while respecting the role of the state in the policy development and monitoring of service delivery. .

Recently, this has been endangered by the dogmatism of fundamentalist and Pentecostal churches and even some Catholic bishops.

Remember, fundamentalism can be a two-way street: secularists can also be fundamentalists with people claiming endless subjective “rights” to this, that and the other, with no corresponding respect for the common good.

Paradoxically, religious fundamentalism is actually an absence of faith. It is a desperate search for absolute certainty.

On the other hand, authentic faith is not a “certainty”. It requires a radical commitment to the search for an invisible God, the believer having to venture into a darkness “impenetrable to sight”, as the great Spanish mystical and lyrical poet Saint John of the Cross put it. He keeps on:

And without another light

Except for what burned in my heart.

Here John takes us into the essence of faith. This not only involves commitment and risk, but it is more poetry than dogmatics and moralism.

One of the great privileges of my life has been to have personally known the priest-cosmologist and cultural historian Thomas Berry, a true polymath if there ever was one, who died in 2009 at the age of 94.

Explaining religion in an interview with me for ABC radio, he said, “Religion is poetry, or it’s nothing!” How can a person be religious without being poetic? Certainly, God is a poet — it is God who made the rainbows, the butterflies and the flowers.

“It’s the most absurd thing in the world to think of dealing with religion other than through poetry and music… Take Saint John of the Cross — all the great mystics have been poets. You cannot do otherwise.

“Religion is poetry or it is nothing. The deepest thing lost in fundamentalism is poetry, the metaphorical and symbolic nature of our openness to transcendent God. Without this rich sacramentality, without this obscurity “impenetrable to sight”, there is little or no faith. Fundamentalism is a religion degenerated into crude literalism.

“Baby, it’s cold outside” and the rise of Islamic fundamentalism — Quartz