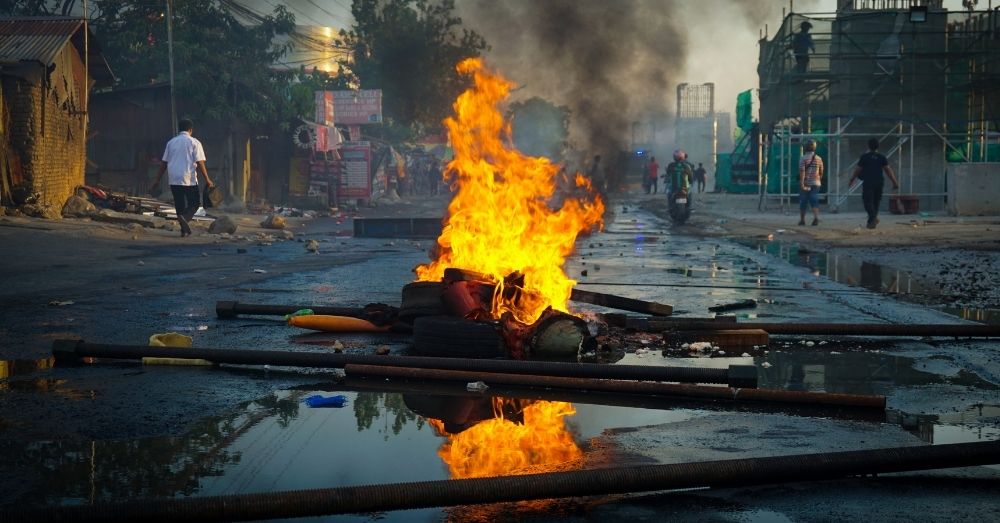 Threat of the rise of fundamentalism for democracy

Fundamentalism is the belief in ancient and traditional forms of religion or the belief that anything written in a holy book is true. This was particularly evident in the 20th century, which seeks to reclaim and publicly institutionalize aspects of the past that modern life has obscured.

The 21st century has witnessed a phenomenal rise in fundamentalism and fanaticism and a rise in global terrorism. Fundamentalists view secular states as their main enemy because their goals don’t tend to align with each other.

Socialist society believes in education, democracy, reforms, modernization, liberalization and economic reforms. Fundamentalists see all of these goals as obstacles to their goal of preserving the spiritual dimension of life.

The ideology of fundamentalism has not only gripped poor and underdeveloped countries, but has also hijacked developed, liberal and democratic nations. Many factors such as imperialism, poverty, lack of good governance, corruption, political instability and poor economic conditions have contributed to the rise of fundamentalism.

Lately, the concept of fundamentalism has taken a bad turn with the rise of activism, violence and terrorism. Religious awareness not only among the elderly but also among the young is increasing nowadays. It is the by-product of modern life, which has become synonymous with stress, pressures, competitiveness and uncertainty.

This overt religiosity has led to the growth, spread and strengthening of fundamentalism. However, among the most distinctive features of the current situation are the leaps that are taking place in globalization, linked to a process of capitalist accumulation that is accelerating in a world dominated by the capitalist-imperialist system. This has led to significant and often dramatic changes in the lives of large numbers of people, often undermining traditional relationships and customs.

All over the developing world people are being driven from the farmlands where they lived and tried to survive in oppressive conditions, but they can’t even do it now. They are thrown into the urban areas that surround the heart of cities.

Almost half of the world’s population lives in urban areas, including massive and growing slums. Uprooted from their traditional conditions and the traditional forms in which they have been exploited and oppressed, they are thrown into a very precarious and unstable existence, unable to integrate in any way into the economic and social fabric. and the functioning of society.

In many countries, the majority of people living in urban areas work in the informal economy. To a large extent, because of this, many people are turning to religious fundamentalism to try to give them a foothold in the midst of all this dislocation and upheaval.

In developing countries, these massive changes and upheavals are occurring against a backdrop of domination and exploitation by foreign imperialists, who are associated with the local ruling classes. These classes are economically and politically dependent and subordinate to imperialism and are seen as corrupt agents of a foreign power, who also promote the decadent culture of the West.

This, in the short term, can strengthen the hands of fundamentalist religious forces and leaders who oppose the corruption and Western decadence of the local ruling classes and imperialists to whom they are indebted, in terms of return and enforcement with revenge, relationships, customs, ideas and traditional values â€‹â€‹which themselves are rooted in the past embody extreme forms of exploitation and oppression.

Many fundamentalist organizations have been created, and it should be clearly noted, they are limited to Islamic fundamentalism.

The rise of fundamentalism is leading not only to the loss of life and property, but also to the displacement of millions of people from their homelands. The growing terrorist attacks and the migration crisis in Europe are due to the growing fundamentalism in Central and West Asia. Peace, harmony and prosperity have been dominated by fear, apprehension and hatred.

A democratic government that enjoys greater popular participation must be the backbone of good governance. People need to be educated to improve their employability. This leads to an improvement in the standard of living. People need more religious freedom.

There is a need to intensify international cooperation and collaboration in order to stem the rise of fundamentalism. The United Nations has an important role to play in improving the deterioration of the global environment.