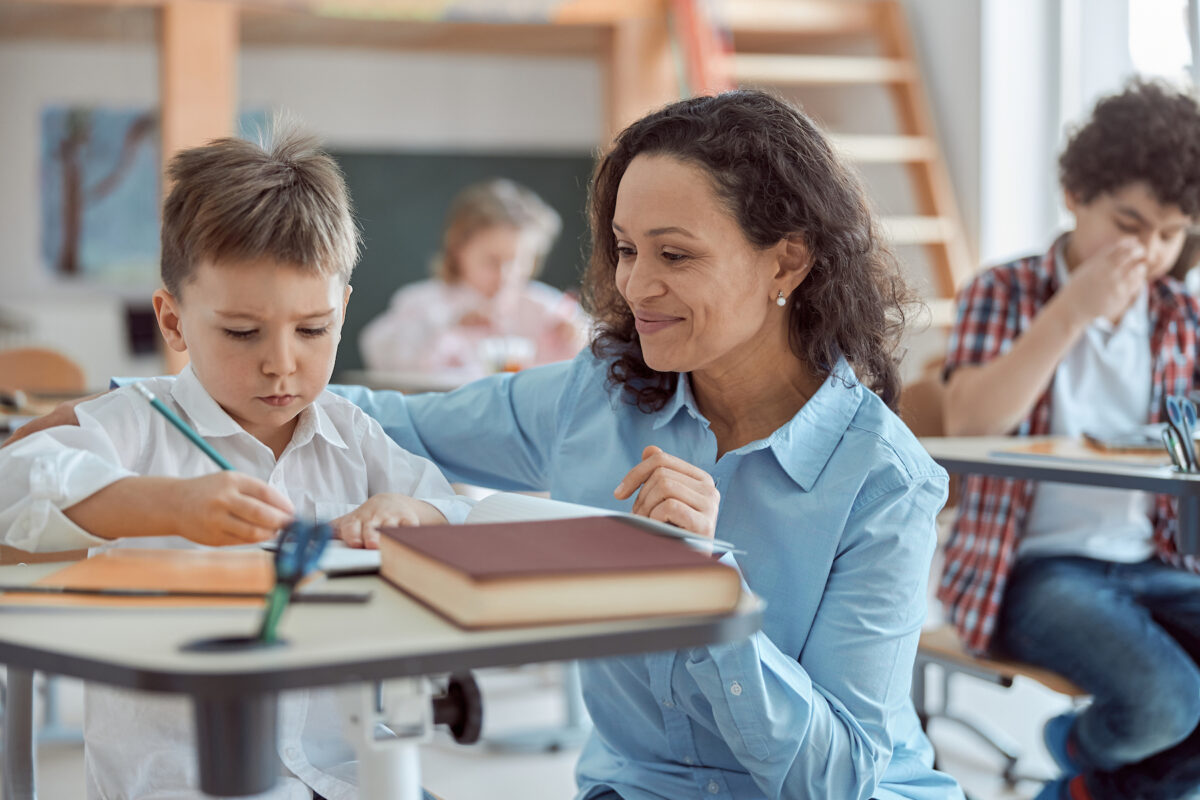 Fascinating though rarely exploited research in the field of psychology has demonstrated the unique power of religious belief in promoting self-mastery.

Could it be that these three words (and others like them) have a singular strength in enhancing our powers of self-control? Even among non-believers? And with proven effects as big as a 91% boost?

If it sounds too good to be true, guess again.

These are the results of a series of extremely well-designed studies – with control groups and very sophisticated scientific methodology – carried out by a team of four university researchers and published in peer-reviewed journals. (The original study can be found and read online for free and is well worth a look, even if its conceptual framing – in evolutionary psychological terms – may be inconsistent with one’s own beliefs.)

It is studies like these that I am always looking for teachers and teacher trainers. Any advice or ideas that could help bring out the best in students – both in the classroom and, even better, throughout their lives – are gems that I am delighted to find and hold close.

(Student self-control challenges, as I described in another article written in this article, are unfortunately aplenty right now.)

Difficulties encountered by students performing what are technically called “regulatory functions” – such as dampening an impulse or delaying gratification – are a growing concern for teachers and administrators, not to mention parents at home. .

Anything that nudges kids toward better self-control and wiser driving is a welcome offer.

The only problem is that this need gives rise to what sometimes seems like an endless parade of new approaches whose greatest virtue is that, well, it’s something that hasn’t been tried yet. Few reasons to be optimistic. Unsurprisingly, most are forgotten within a few years because their results pale in comparison to their claims. Novelty sells, in the world of education as elsewhere.

This is where the work on religion and self-control comes in; it is of enormous importance. We’re not talking flavor of the week here, but rather the stuff of civilization; ideas and beliefs that have stood the test of time (we are talking about millennia). It is normal that they get their due in the scientific literature. It’s a rare but exciting moment where the two align.

The work I am referring to was carried out by a team of four researchers from Queen’s University in Ontario, Canada.

Their findings, which were published exactly 10 years ago, are extremely relevant to the present, even though they seem to have been largely ignored or forgotten in the decade since. To my knowledge, they have certainly not found their way into any teacher training program.

In the apt words of the study’s own authors, their findings “offer strong and direct evidence of the regenerative effect of religious concepts on self-control.”

“Religious beliefs fuel self-control resources,” they tell us, and “can provide important psychological ‘nutrients’ needed for a variety of socially beneficial behaviors.”

What encouraged the team to make such grandiose statements? Especially when the group itself seems surprisingly non-religious? (Their research frames all of this within an evolutionary psychology framework, ironically.)

First, the four experiments that were conducted were carefully designed to isolate causality and determine whether religious concepts played a causal role in shaping behavior. Previous research had been largely theoretical and involved, at most, “correlational designs”, which falls far short of establishing cause and effect.

This one did, and was able to rule out other possible explanations empirically, such as chance, personal beliefs, morality (more generally), and even fear of death (which some might associate with religion). It was the religious terms alone that did the bulk of the work.

Second, the striking results of the studies. It wasn’t just that religious concepts had some kind of effect, perhaps tenuous or minor. It was a considerable effect, enormous, even.

In the first experiment, which involved the subjects’ ability to exert their will (in this case, by “enduring discomfort” in the form of drinking an intentionally repulsive concoction of vinegar and orange juice of the researchers’ own making! ), those who were “primed” with religious concepts did 91% better than those in the control group. (To clarify, “priming” means surreptitious exposure to certain words, like “God” or “the divine”)

It is almost double the force of will, from a moment’s exposure to a sacred term or concept.

Later experiments also confirmed the positive power of religious terms, such as when measuring subjects’ ability to delay gratification (another form of self-control) and solve an impossible puzzle after first been, on purpose, mentally “exhausted”. ”

In these two experiments, those who were exposed to religious terms did 76% and 70% better, respectively.

Third, and perhaps most amazingly, the participants represented a wide range of religious beliefs and backgrounds, ranging from Catholics and Protestants to Buddhists, Muslims, atheists and agnostics. The latter two, in fact, accounted for 34% of the participants in each of the experiments. (It bears repeating: this was a very carefully designed study.)

In other words, the observed effects did not just reflect participants’ strong religious beliefs or past commitments.

On the contrary, in fact, “the pattern of results did not vary by religious affiliation in any of the studies,” the researchers observed. “Furthermore, results for religious and non-religious participants showed the same pattern.”

To put it in other words, even a self-proclaimed atheist would experience a near-doubling of courage or self-control simply by unknowingly being exposed to a term like “spirit” or “God.”

It’s rather ironic, then, in a time when educators are trained to bend over backwards not to “trigger” individuals with different beliefs or worldviews.

And how tragic, by extension, that in so many forums, such as public schools, educators and staff must abide by these terms and beliefs, even as they and many of their constituents share them.

They are deprived, so to speak, of what can now be described as real, measurable, and immediate benefits to their psychological well-being and personality.

If there was a little more “divine” in the classroom, there might be less trips to the principal’s office for self-control issues.

The study, as a whole, would seem like a stunning vindication of what many parents and people of faith have known all along (and have long waited to be affirmed in our increasingly secular world): that religion has a role to play in all of this, and a decidedly positive one.

To that, I say Amen.

Let’s just hope I don’t get fired for this.