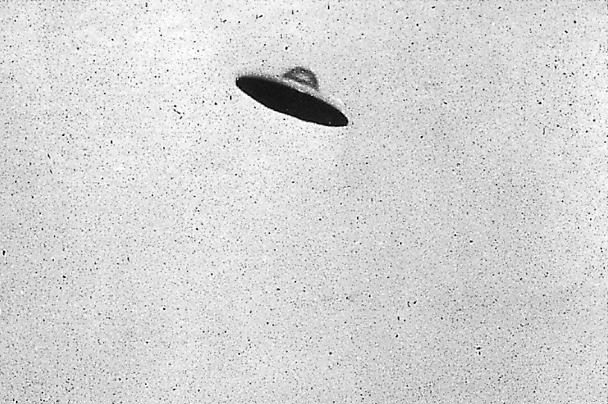 Religion Unplugged believes in a well-reasoned and well-researched diversity of opinions. This article reflects the views of the author and does not necessarily represent those of Religion Unplugged, its staff, and its contributors.

(OPINION) The first episode of the “Ancient Aliens” cable TV series promised to show that the growth of intelligent life on this planet has benefited from the help of the stars.

The show’s summary, produced by Prometheus Entertainment, in 2010 asked, “If ancient aliens visited Earth, what was their legacy and did they leave clues?”

The bigger question, nearly 200 episodes later, is whether aliens provided the building blocks of life itself. This is the kind of subject – both theological and scientific – that surfaces whenever there is debate about the existence of extraterrestrial life.

It was one thing for a recent U.S. National Intelligence report to discuss incomplete technical data and the possibility of hostile spy drones. It was another thing to say that experts had no scientific explanation for the more than 140 reported “unidentified aerial phenomena”.

The summary noted that 18 mysterious objects “appeared to hover in high winds, move upwind, maneuver abruptly, or move at considerable speed, with no discernible means of propulsion.”

This raised questions familiar to those who have followed decades, if not centuries, of debates about these mysteries: Who created these objects? Who created the beings who created them? Should religious leaders on this planet be worried?

“The logic is that many people assume that life is special, that human beings have one purpose and are created in the image of God, and that this life – life made in the image of God – cannot exist. nowhere else, “said Stephen C. Meyer, who has a doctorate in philosophy of science from the University of Cambridge. He is known to have written controversial books, such as “Signature in the Cell: DNA and the Evidence for Intelligent Design” and the recent “Return of the God Hypothesis”.

Many experts seem to think that Christianity has explicit doctrines on this matter, he added, but “this is not a solid judgment because there is no explicit Christian teaching on the subject – unless we now regard CS Lewis as canonical “.

The Oxford scholar and Christian apologist wrote a space trilogy, beginning in 1938 with “Out of the Silent Planet”, focusing on contact between humans and intelligent beings on other planets. In an essay titled â€œWill We Lose God in Outer Space,â€ he hypothesized that the distance between Earth and the rest of the universe served as â€œGod’s quarantine precautionsâ€.

Shortly before his death in 1963, Lewis told a reporter: â€œI look in horror to come into contact with the other inhabited planets, if there are any. We would only be transporting all our sins and acquisition spirit to them and establishing a new colonialism. I can’t bear to think about it.

Pope Francis has brushed aside similar questions about aliens. In 2015, he told the news magazine Paris Match: â€œI think we have to stick to what scientists tell us, always aware that the Creator is infinitely greater than our knowledge.

But discussions of extraterrestrial life raise the same creation questions that spark fierce disputes on Earth.

For example, some scientists have speculated that aliens may be linked to life on earth. In a 1973 article, Francis Crick, co-discoverer of the structure of DNA, and biochemist Leslie Orgel noted that life may have been “deliberately passed on … by intelligent beings on another planet.” We conclude that it is possible that life reached earth this way, but there is currently insufficient scientific evidence to say anything about the likelihood.

This would raise another ultimate question, according to evolutionist Richard Dawkins of Oxford, a popular critic of creationism and intelligent design. During a debate on intelligent design, he wrote that “even though our species had been created by alien designers, those designers themselves should have come from simpler backgrounds – so they cannot be one. ultimate explanation for anything “.

That’s a valid point, said Meyer, reached by phone. But those who believe in a random, unguided, creation process for the universe and for life would still need to demonstrate how the conditions existed for this to happen on other planets. Meanwhile, “a theistic God could have created life anywhere.”

Terry Mattingly writes this weekly column “On Religion” for the Universal union. Republished with permission from the author.